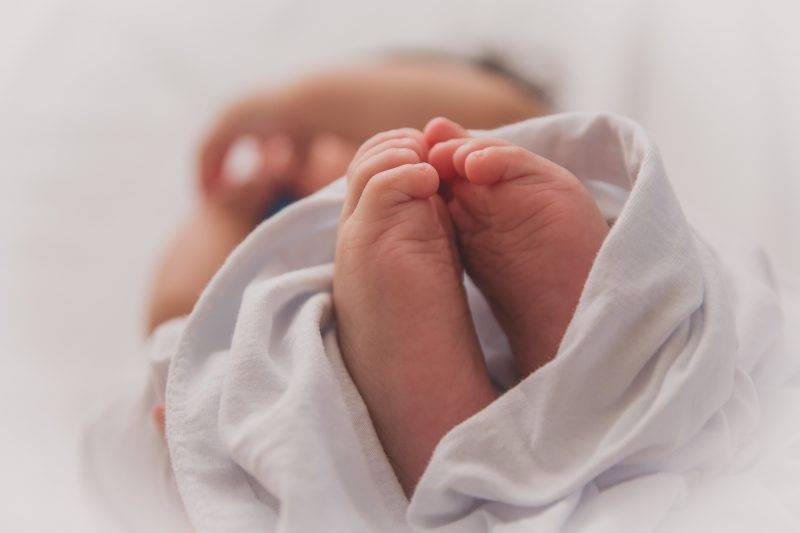 Today is World Prematurity Day, and we're taking a look at the story of Ben and his family.

Today it is World Prematurity Day, a global movement to raise awareness of the 15 million babies born early each year, and the enormous and significant impact premature births can have on families.

Thanks to premature baby charity Bliss, we're honoured to be able to share with the story of Ben and his family, and a dad's perspective of NICU:

After finding out his wife Victoria was pregnant with their second child, Ben didn’t have much time to wait until he met his daughter, Nancy, who arrived at 26 weeks.

Says Ben “Victoria and I were both anxious and excited when we found out we were having another baby. Victoria had complications in her first pregnancy but our daughter, Yvie, was born at term and weighed over 10lb.

“At 25 weeks, Victoria was admitted to hospital and given steroid injections to strengthen Nancy’s lungs. It was obvious that she was on her way.” 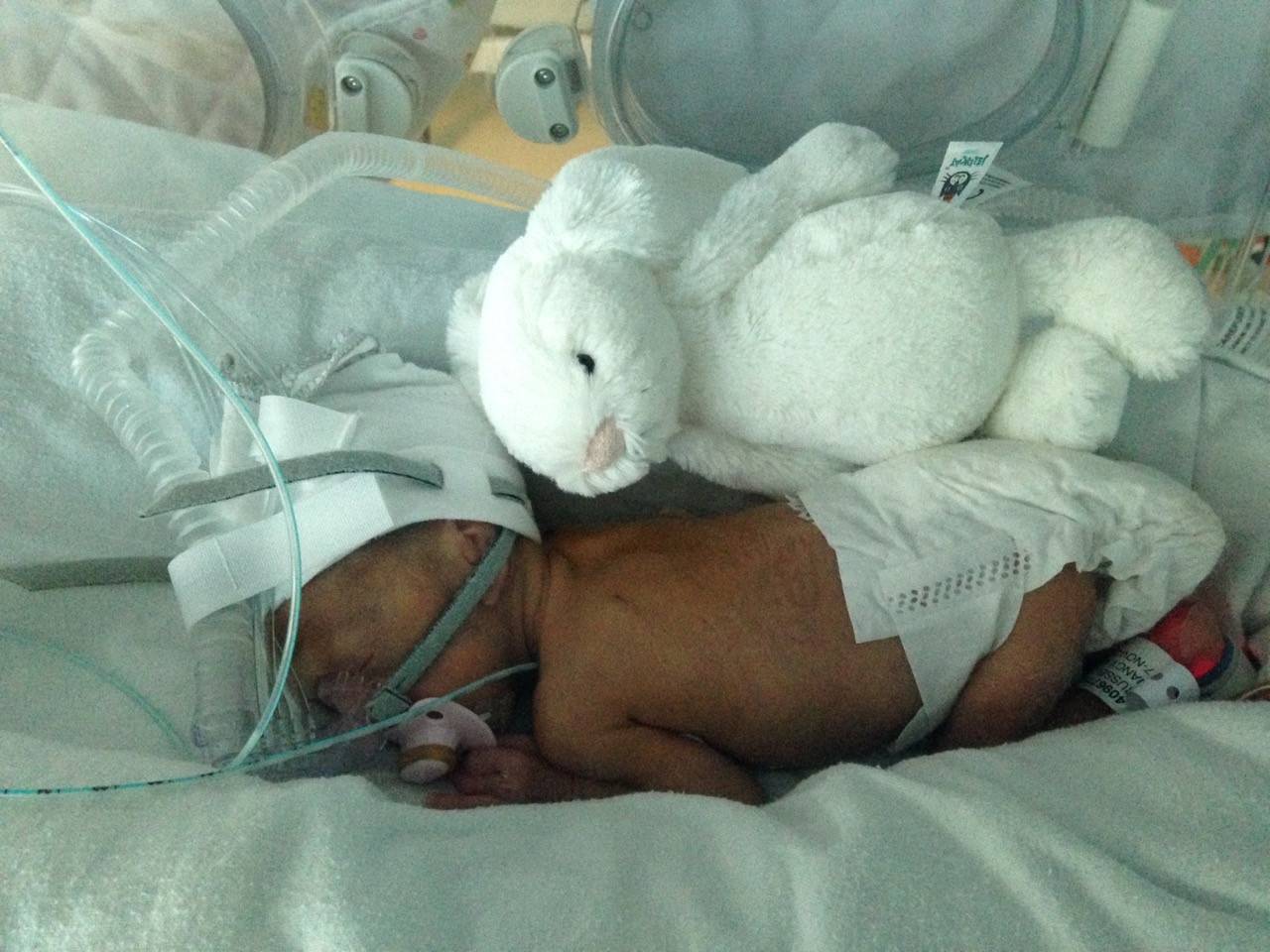 “Being in the delivery room was the worst experience of my life. I thought that Nancy was stillborn because she wasn’t moving and was red and see-through. She was immediately placed in a plastic bag and taken away for treatment, we didn’t get the chance to hold her like most parents do.”

Nancy was then transferred to University College London Hospital for specialist care. Ben followed behind in his car.

“I still remember how scared I was driving behind the ambulance at night through London knowing that Nancy was inside. She was so small and fragile and we were terrified about what was going to happen to her.

“When I went into the NICU for the first time, it was completely daunting. It felt like a factory. There were so many noises, machines and people all doing different things. I didn’t want to ask questions about what the machines were for because I felt like I was getting in the way of the staff doing their jobs.”

Victoria had an infection so couldn’t be discharged from Barnet Hospital for a few days. Ben spent that time taking photos and relaying information between the hospitals.

“We felt very apart from each other. Victoria felt especially separate – she still hadn’t seen Nancy and being away from her was heart breaking.

“I remember taking the London underground between hospitals two or three times a day with syringes of breast milk for Nancy. The first few weeks in the NICU were very hard on the family. And for the first month, Nancy didn’t respond to treatment. She was limp and grey and had to be massaged back to life by doctors on multiple occasions.”

Before long, Ben had to go back to work and had to juggle things at home whilst taking care of three-year-old Yvie.

“When I went back to work I couldn’t concentrate on anything. Some might consider the change in environment a welcome distraction but I was constantly thinking about our family.

“Even though the worry was always there, we got into a routine and the juggling that was required. Victoria would stay with Nancy in hospital all day and I’d go when I finished work. We’d often take Yvie with us but also had a lot of support from Victoria’s sister-in-law.”

Once Nancy became more stable, she was transferred back to Barnet where Ben was able to hold her for the first time. 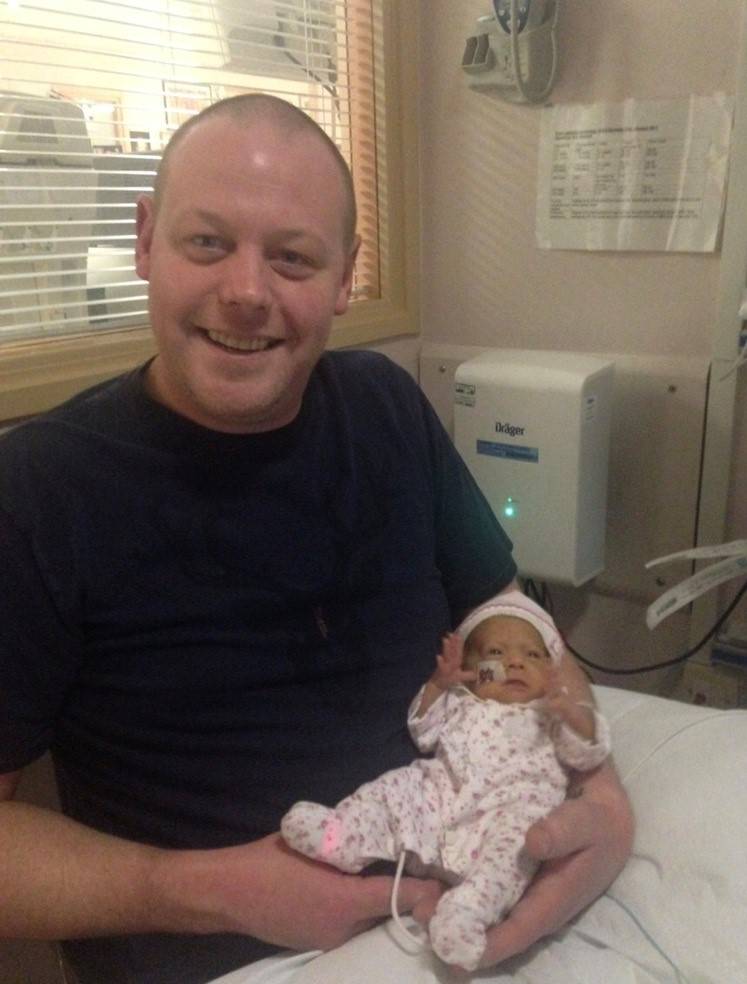 “At first, we hadn’t been allowed to hold her and then I became scared of the idea. The nurses tried to encourage me but I felt too clumsy. Once I got over the fear, I finally started to bond with Nancy. At last this baby I’d been looking at through the incubator felt like my daughter.”

The family had a private room due to Nancy being reverse barrier nursed (a form of strict infection control to protect patients against infection from medical staff) and were often left in charge of Nancy’s cares. This helped Ben and Victoria continue to bond with her. When other dads on the unit were having a difficult time, nurses sometimes asked Ben to speak with them to help reassure them. The family are still in touch with some of the parents today.

“I’d tell any dad on the neonatal unit to make sure that they don’t leave everything up to Mum and get involved from the outset, make sure you ask the staff all the questions you need – even when you are scared of the answer – also make sure you hold your child as soon as you are able.”

“When Nancy was eventually discharged, she was on 13 different types of medication. We were in and out of hospital with her for almost a year, which was emotionally exhausting. Several blue light ambulance journeys made it all the more worrying.

“Nancy is now five years old and has been discharged as an out-patient. I’m looking forward to seeing what life has in store for our little fighter.”

Ben decided to give something back to Bliss for their support whilst Nancy was in hospital.

“My friends and I decided to travel 1,450 miles from Scotland to Cornwall on vintage motorbikes to raise money for Bliss. I received enormous support from friends and family and raised over £16,000. We also took part in a Sahara Desert rally, which was incredibly intense but an amazing experience, and raised over £12,500."

“I first became aware of Bliss’s work when I was at UCLH on my own. The walls were covered in Bliss posters and the success stories of premature children who were now doing well gave me hope. I hope that the money raised will help the charity continue to support parents like me.”

Thanks so much to Ben and his family for sharing their story with us.

Vitabiotics and TalkMum are proud to support Bliss and sponsor the Bliss helpline, which you can reach via email on hello@bliss.org.uk. If you’d like to support Bliss’ work for premature and sick babies visit bliss.org.uk/get-involved