A Christmas To Remember: Rachael’s Story Of The Premature Birth Of Her Son

Rachael And Her Family Were Looking Forward To The Birth Of Her Second Son In The New Year; However His Early Arrival At 31 Weeks Meant A Surprise Christmas Baby

Thanks to Rachael and her family for sharing their story of the premature birth at 31 weeks of her second son at Christmas, and to our Pregnacare charity partners Bliss. 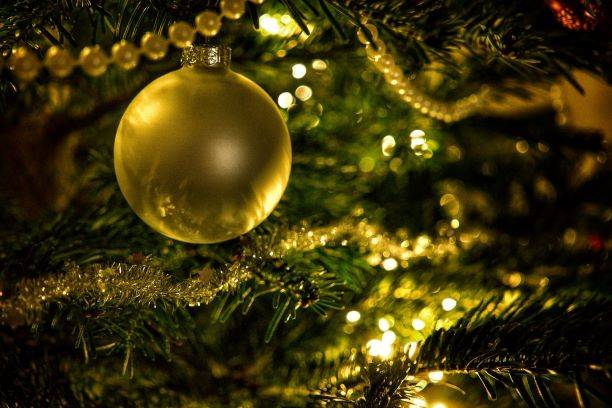 ‘Baby number two wasn’t due until mid-February but having had my first child a month early two years previously I knew that he wouldn’t be full term; I just didn’t expect a Christmas baby.

On Christmas Eve, having just taken a wonderful Christmas ham out of the oven which I had queued for at the butchers that morning, I admitted defeat and told my husband that we had to go to the hospital to check out why I hadn’t been feeling right the past week.

The maternity unit was shut nearest to us so we bundled ourselves & the youngest (in his PJs) into the car and twenty five minutes later we arrived. Hubby and big brother stayed in the car whilst I went in saying ‘I won’t be long, I’ll just get checked out.’

Fast forward nearly an hour and the midwife terrified my husband by knocking on his car window and informing him that I was in early labour.

Our youngest was then picked up by my in-laws, who lived an hour away, and my mum and dad came and stayed with me whilst I had the first of the two steroid injections and hubby drove back home to get my things and check on our dog.

I was admitted and observed; my husband, the next day, Christmas Day, nearly had a packet sandwich for his lunch until a kind nurse offered him a spare meal; watching the Downtown Christmas special on the communal TV was the low point for me.

I was allowed to go home on Boxing Day evening. Thankfully my in-laws weren’t due to bring our youngest back until the next day, missing Christmas with him was so sad for us both but by 9pm we were back at the hospital. And yes, I was in established labour.

I didn’t get to hold him; I was shown a photo and taken up to SCBU a couple of hours later.

Just to make things even harder, once back at home I was again admitted to hospital, with a kidney infection, on New Year’s Day. My, My husband wanted to call an ambulance but I begged him not too as I knew I wouldn’t be at the same hospital as Tobias so, again, he drove me, with our youngest son in tow and I was admitted for 3 days; mercifully only across the hall from Tobias.

I made two friends on the ward who were parents to a little boy who had been born at 29 weeks, and we are still in touch now. Having someone, even one person that I could say hello too and have a quick cuppa in the parents room with, who was in exactly the same boat as me, was invaluable.

In the New Year Tobias moved to a hospital a little nearer to home. I remember arriving literally just as he arrived with the specialist team and they asked about his mum and I said ‘I’m Mum.’

Around 10 days after he moved, we received a message at 5.30am to call the ward, Tobias had been started on antibiotics as a precaution. The doctors saved his life, he had group B strep, sepsis and went on to develop meningitis. He was on antibiotics for 20 days.

While we desperately wanted him home, having him a little closer was a great comfort. Tobias’s big brother came with me nearly every day to visit, often on public transport.

This year he will be eight; if ever he complains about being a Christmas baby, we joke that he shouldn’t have been born nine weeks early then!

For us, it is important to acknowledge the most important part of all the heartache; that we have a happy healthy child. Both our children have additional needs and ADHD in particular can be more common in early pre term children but we are learning every day and he truly completed our family.

It was all very surreal at the time and we spent a fortune on extras for a pre-term baby, including parking taxi and transport fares but now we can look back and be thankful.

And hopefully, if you are reading this, in the same boat, you know you are not alone.’

You can also read Sophie’s story of developing post-natal depression after the early birth of her daughter.

Are you a parent or family of a baby born premature or sick? Bliss volunteers are available for one-to-one support via video call via the Bliss website. 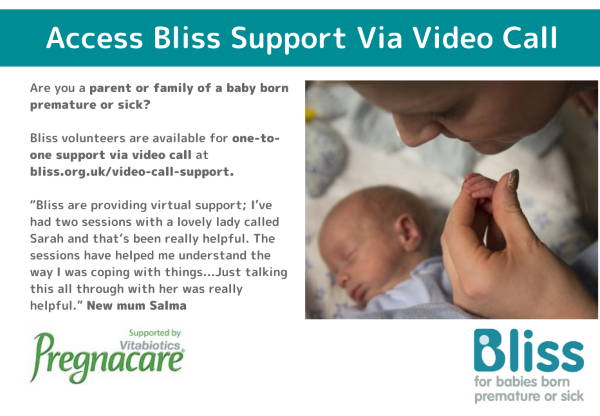