Are you pregnant? Make sure you read our Pregnacare A-Z of Pregnancy and Nutrition, covering everything important for parents-to-be. Next, we take a look at the letter F during pregnancy 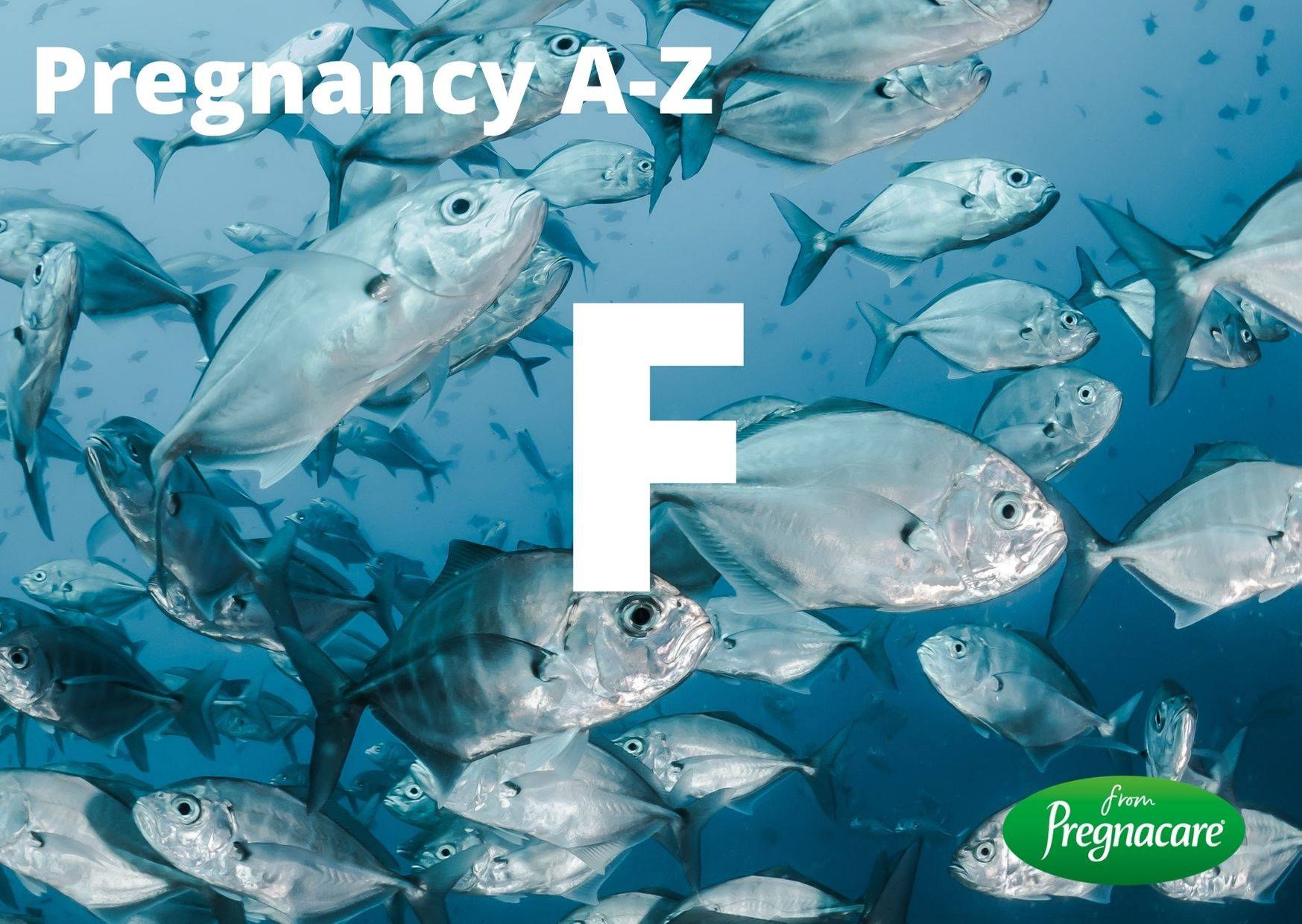 Our Pregnacare A-Z is a series of posts, one for each letter of the alphabet, designed to help you understand your nutritional needs, how they change and the best foods to choose during pregnancy and breast-feeding.

This A to Z answers many of the important questions mums-to-be have about pregnancy and nutrition. It covers everything from antenatal care through to water intake, via pregnancy vitamin supplements.

You can download the full version of the guide in PDF format here.

If you have any further questions, make sure you ask your midwife or GP.

Pregnacare A-Z Of Pregnancy And Nutrition – What Does The Letter F Stand For?

Why Do I Feel Faint During Pregnancy? 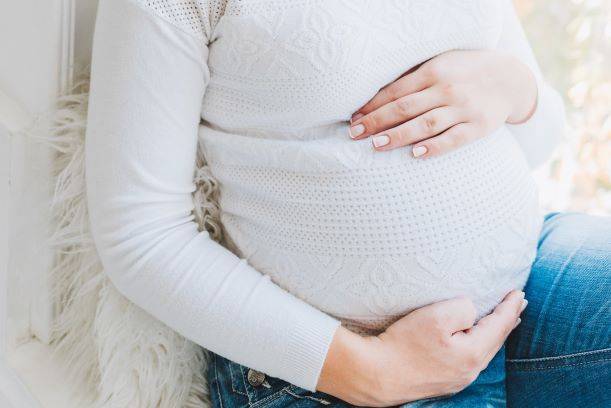 Feeling faint when you stand for too long or get up quickly is caused by low blood pressure (BP). The pregnancy hormone progesterone relaxes the walls of your blood vessels causing low blood pressure, however, low BP tends to return to normal during the last few weeks of pregnancy.

Avoid lying on your back as pregnancy progresses; as the growing uterus becomes increasingly heavy it can press on a very large blood vessel if you do. This reduces blood to the brain and makes you feel faint. If this does happen, turn onto your side and the faint feeling will quickly pass.

Why Types Of Fish Should I Avoid Eating During Pregnancy? 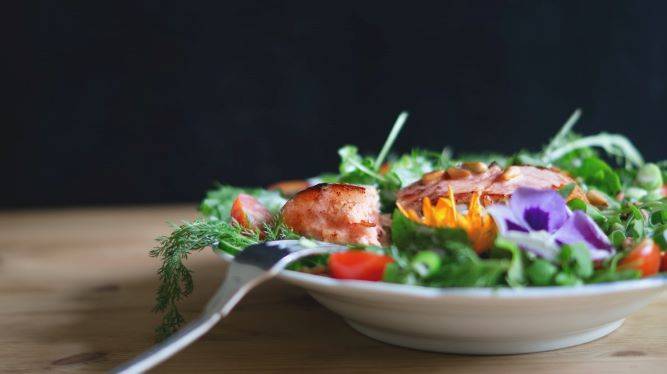 Fish is a great source of protein and oily types provide Omega-3 fatty acids. However whilst pregnant avoid eating shark, marlin and swordfish and limit the amount of tuna you eat to no more than two tuna steaks a week (weighing about 140g cooked or 170g raw) or four medium-size cans of tuna a week (with a drained weight of about 140g per can). This is because of the levels of mercury in these fish. At high levels, mercury can harm your baby’s developing nervous system. This also applies during breast-feeding.

Try to have one, but don’t have more than two portions of oily fish a week. Oily fish includes salmon, trout, mackerel or herring. Remember that eating fish is good for your health and the development of your baby, so you should still aim to eat at least two portions of fish a week, including one portion of oily fish.

Avoid raw shellfish because it may contain harmful bacteria and viruses that cause poisoning. However, shellfish that is part of a hot meal that has been thoroughly cooked is fine.

Whilst pregnant you are able to eat smoked fish such as smoked salmon and trout. Also raw or lightly cooked fish in sushi, if the fish has been frozen first.

Why Do I Have More Wind During Pregnancy? What Food Should I Eat And Avoid To Help? 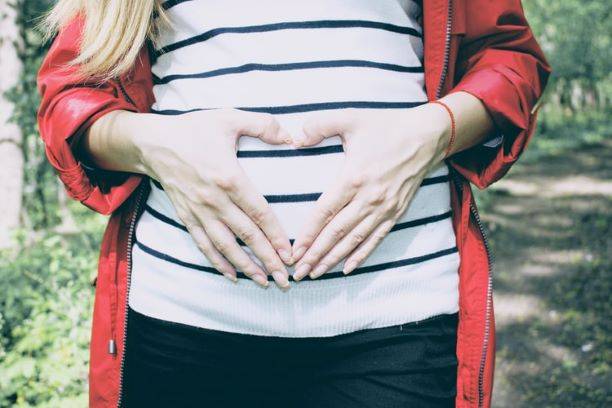 The average person passes wind 5-15 times a day and this can increase during pregnancy because increased levels of hormones, such as progesterone which can cause the smooth muscles in your body, including your gastrointestinal tract, to become relaxed. This relaxation process slows down your digestive processes, which causes burping and flatulence, especially after a big meal.

The foods most likely to cause wind include beans, broccoli, sprouts and asparagus, as well as fizzy drinks. However, it is important that you eat a balanced diet so simply cut back on the foods that cause you the most discomfort.

Tips For Avoiding Wind During Pregnancy

How Big Is My Baby At Each Stage Of Pregnancy?

Your baby soon grows from a group of cells to a fully developed baby. Track their growth using the table below: 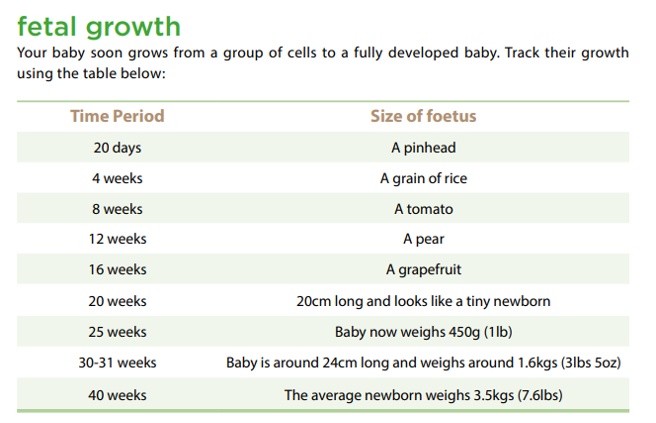 What Is A Food Aversion And How Will It Affect My Pregnancy? 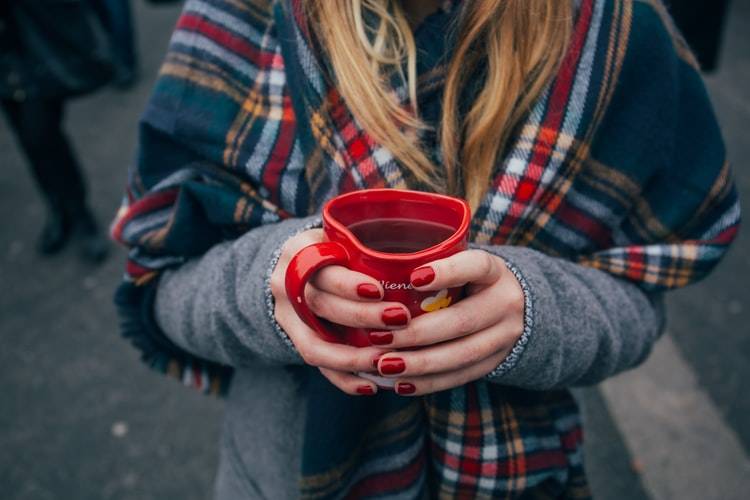 Food aversions are ‘a definite revulsion against food and drink not previously disliked.’

The most common aversions appear to be to tea, coffee, alcohol, fried foods, eggs, and on occasion sweet foods in later pregnancy.

What Foods Should I Avoid During Pregnancy?

- All types of pâté, including vegetable pâtés, and mould-ripened soft cheese because of the risk of listeria infection. Although listeria is a very rare disease, it is important to take special precautions during pregnancy because even mild forms of the illness can lead to miscarriage, stillbirth or severe illness in the newborn.

- Do not eat liver or liver products such as liver pâté or liver sausage, as they contain high levels of vitamin A. Too much vitamin A can harm your baby. Avoid cod liver oil supplements or any supplements containing vitamin A. Pregnacare does not include vitamin A for this reason.

- Avoid shark, marlin and swordfish and limit the amount of tuna you eat to no more than two tuna steaks a week (weighing about 140g cooked or 170g raw) or four medium-size cans of tuna a week (with a drained weight of about 140g per can). This is because of the mercury contained in these fish. At high levels, mercury can harm a baby’s developing nervous system. This also applies during breast-feeding.

- Avoid raw shellfish because it may contain harmful bacteria and viruses that cause poisoning. However shellfish that is part of a hot meal that has been thoroughly cooked is fine.

How Much Fruit & Veg Should I Eat During Pregnancy? 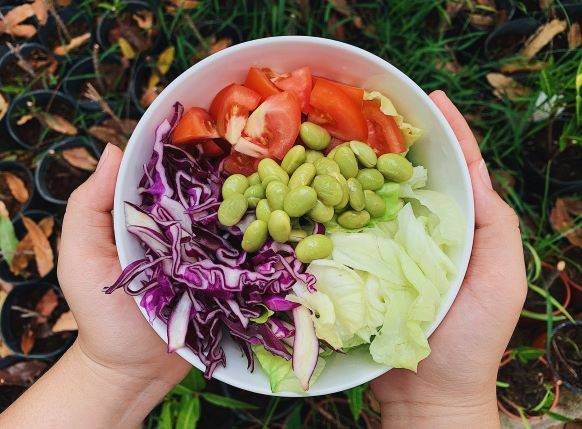 Current advice is to aim for at least 5 servings of a variety of fruit and vegetables every day.

Fresh, frozen, canned, dried and juiced all count (although juice can only be counted as one serving each day no matter how much is drunk). Always wash fresh fruit and vegetables carefully

Make sure you also check out the rest of our Pregnacare A-Z Guide to Pregnancy and Nutrition:

While every attempt has been made to ensure that the information contained in this guide is accurate and reliable, this is intended as a guide only and not a substitute for advice from a health professional. Please note: Vitabiotics cannot guarantee the reliability of facts obtained from other third party information sources. Information correct at time of being published (May 2020).

[Info will be outputted here..]
[This element could be added only to article page]
Related Products
See All Pregnancy Supplements