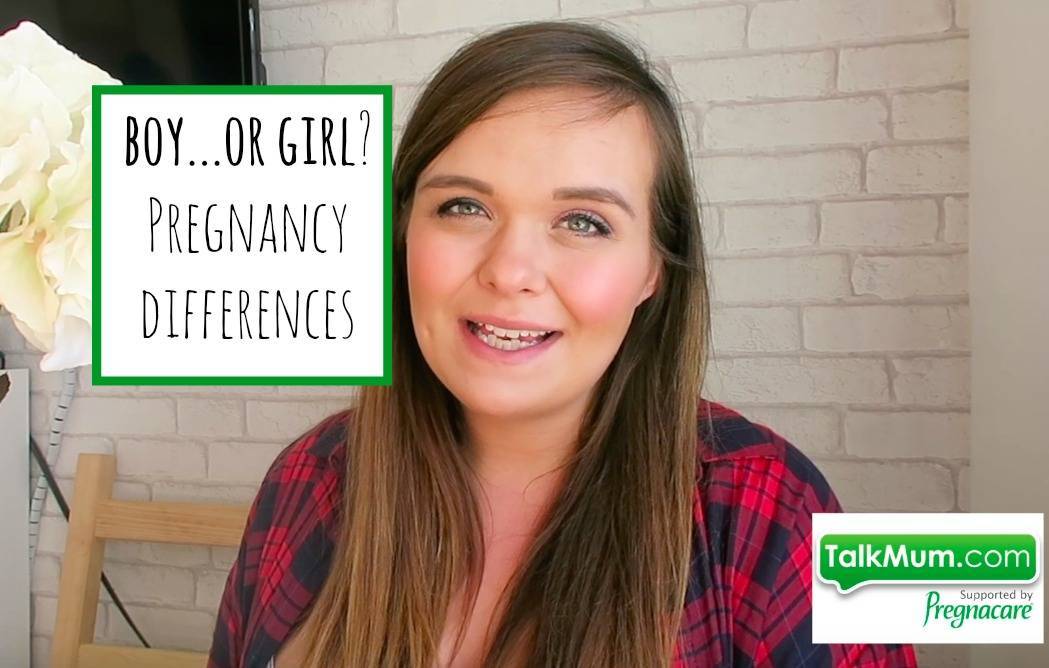 What are the big differences between first and second and boy and girl pregnancies? In her final post for us before having her baby, here's Charlotte from Write Like No One's Watching...

Wow. Can you believe it? I’m not far off having this little daughter of mine. And I can’t believe I am soon to be a mother of two. I’ve recently started maternity leave, I'm preparing for labour and I’ve had plenty of time to reflect on the past nine months and how different it has been since the first time around.

Make sure you catch-up on Charlotte's posts on starting TTC and breastfeeding tips.

It’s strange to be sat here, already with one baby, knowing what is around the corner waiting for me. So, in celebration of being a second-time mama, I thought I’d put together ten differences between first and second pregnancies. Even though I’ve had a few similarities, like some similar cravings, or the fact that I’ve taken Pregnacare with both, and massaged my tummy with lotions and potions like it was my new-found religion, they are definitely different!

Don’t get me wrong, I know how many weeks I am, but sometimes I just have to take a second and do some adding up on my fingers (on a particularly tired day). With my first, I could reel off how pregnant I was by the hour. Well, almost.

- You Really Do ‘Pop’ Quicker

With my first, I remember scrutinising my belly in the mirror for weeks, before I finally experienced a little bit of a rounded tum. Even then, I just looked like I’d eaten too much (it coincided with Christmas). Second time around, I was trying my best to hide the bloat before I’d even announced my pregnancy to the world. Thank goodness for the autumn and winter months and baggy jumpers.

As you’d expect, when you already have one baby, there’s no relaxed weekends, stroking your bump, watching Mean Girls and eating whatever your current craving is that day. You have to pull out your best dinosaur impression, get down on your hands and knees and do puzzles, and just grin and bear it.

- You’re Wise To What You ‘Really’ Need

This time around, I have bought a lot less ‘stuff’. I’ve stocked up plenty on what I really need. Like muslins (saviour) and nipple cream (natch). But I’ve not bought a steriliser or bottles, ‘just in case’, as I am hoping to breastfeed. And I now know that a newborn doesn’t really need that many toys or books. Not yet anyway!

There’s nothing better than dusting off that old baby bath. Or finding that stash of white vests. Or praising your former self for not buying everything blue - gender neutral outfits for the win. And just wait until it’s time for toys - half the garage is full of them.

- You Miss The Extra Midwife Appointments

You get a few less as a second-time parent and I really miss those extra check-ups. Something about seeing your midwife makes you feel like a VIP. She fusses you. You get to hear the heartbeat, and it gives you something to look forward to when the weeks drag a little bit.

- You Want Them To Stay A Baby For Longer

She’s not even born yet and I can tell you she won’t be wearing anything close to a proper outfit until around the three month mark. I used to dress Bill up in tiny jeans and socks. And I was so eager for every milestone. This time around, I want everything to slow down. And to savour every second.

At least, I am. There’s something about knowing what it feels like, and what happens, that can be quite scary second time around. I must admit that the birth already gives me flutters in my belly. But first time around I wasn’t sure what to expect and the excitement of finally becoming a mother distracted me! But I’m ready (I think!) look out for my next post about my hopes for my second labour.

- A New Kind Of Excitement

First time around you spend a lot of time daydreaming about your baby and imagining what it might feel like. But second time around you find your thoughts drifting and you get a big grin on your face when you remember those tiny newborn cuddles. The way it feels when you finally meet your baby. And, you know, those sleepless nights…

I’m at that stage now where I look at my blonde-haired boy, who is almost four and starting school in September and I wonder where his baby years went. How did we get here? What happened? Now I am feeling lip-wobbly because soon he won’t be my only baby. And I creep into his room every night and stroke his hair and wonder how my heart will ever grow to love another as much as I love him. And then a second-time mum, who’s already a pro, will tell me that my heart doesn’t halve, it doubles. And I put my trust in that. And try not to feel guilty about the change coming his way, because I’m about to give him the best gift of his life. A little sister and hopefully a best friend. See - I told you I was more emotional!

Is there anything you have noticed second time around? It feels like strange and yet familiar to me. And I can’t believe this second pregnancy is almost over.

If you're in your third trimester, make sure you read our post on hypnobirthing