What You Can & Can't Eat When You're Pregnant 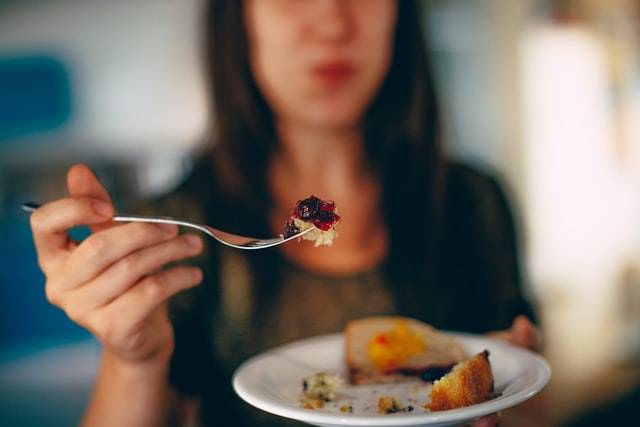 As a mum-to-be, one of the first things you need to know is what you should and shouldn't eat when you're pregnant, as there are some foods which can be potentially harmful to both you and your baby. However, there's so much conflicting information out there. Can you eat cheese? Shellfish? Raw steak? Here TalkMum blogger Fran discusses food to avoid when pregnant:

When I was pregnant for the first time, I became far more concerned about what I shouldn’t eat as opposed to what I should be eating.

I had a well balanced diet so had no worries about my nutrition and took Pregnacare pre-conception and throughout pregnancy (and whilst breast-feeding), so was happy with my vitamin intake and getting that all-important folic acid. However, the things to avoid seemed like an absolute minefield.

Initially it felt like I had to give up pretty much everything I enjoyed and I seemed to be forever Googling to see if something was on the banned list.

Following some research I reassured myself that not everything was a threat to an unborn baby. I differentiated between what could make me ill (it’s easier to get food poisoning when pregnant and the effects are exaggerated) and what could potentially harm an unborn baby. What follows are foods that are in the latter category.

Anything that can contain listeria bacteria can cause listeriosis. This infection in pregnant women can cause severe illness in a newborn and can even lead to miscarriage or stillbirth.

To avoid this bacteria don’t eat mould-ripened soft cheeses or soft blue-veined cheeses. This includes: Brie, Camembert, Chèvre, Danish blue, Gorgonzola and Roquefort. All types of pate are off the menu for the same reason.

That said, you could have any of the cheeses above if they are thoroughly cooked through (ie piping hot). For example if they form a pasta filling or come as a hot sauce; you can even indulge in a baked Camembert.

Toxoplasmosis, caused by a parasite, is fairly common and you may have already had it without even knowing it. However, if contracted when pregnant it can cause problems such as blindness and brain damage. The parasite can be found in undercooked or raw meat, so make sure meat is well cooked and, in the case of red meat, there is no pink showing. It can also be found in cured meat such as salami and Parma ham; and in unpasteurised goats' milk.

High levels of mercury can harm a developing baby’s nervous system. Therefore don’t eat shark, swordfish and marlin. Tuna consumption should be limited. However, anything up to four medium-size cans in a week is fine (or two steaks). For the same reason you shouldn’t have more than two portions of oily fish a week (fresh tuna, mackerel, sardines and trout).

Too much vitamin A can damage the development of cells in foetuses and lead to conditions such as Spina Bifida. Aside from not having any supplements containing vitamin A (Pregnacare doesn’t), you should avoid eating things like liver.

Peanuts (Back On The Menu)

When I was pregnant with my first daughter I experienced an energy slump on my way back from work and devoured a Snickers bar in five seconds. I then realised with horror that peanuts were iffy at best and a no-no if there was a family history of allergies such as hay fever, asthma or eczema. No damage was done and now the advice to avoid them has been revised.

Did you find it easy to give up these foods when you were pregnant, or was there anything you really missed?

Francesca De Franco
A blogger and Hubber on some of her favourite subjects, which range from parenting, food and wine to Italy, investing and football; some of Fran’s writing can be viewed at: http://www.theparentsocial.com