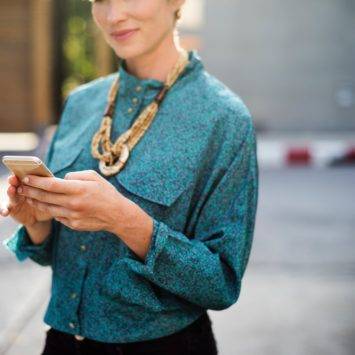 If you're thinking about trying for a baby, it is important to be as clued-up about fertility as possible. So here are ten fertility facts you might not know about (an important read if you are TTC!)

Are you trying for a baby, or starting to think about it? Here are ten fertility facts that you might not know about...from *when* you should have sex and the importance of taking folic acid at the right time, to even the role that where you keep your mobile phone could play:

One: Did you know that women in their twenties have a 20 to 25% of pregnancy each month? At 30, the chance of becoming pregnant in a given month drops to around 15% and by 35, the likelihood is less than 10% in a given month.

Two: According to the NHS, out of every 100 couples trying for a baby, 80 to 90 will get pregnant within one year. The rest will take longer, or may need help to conceive.

Three: If you've not had the positive test yet, you're not alone - 1 in 6 couples and others in the UK will struggle to fall pregnant.

Four: You might know that the Department of Health recommends that you should take a daily supplement containing 400 micrograms of folic acid while you are trying to conceive. But did you know you should start taking this ideally up to three months before you start trying? You should continue taking this amount for the first 12 weeks of pregnancy, while the baby's spine is developing (more folic acid facts here).

Five: You're most likely to get pregnant if you have sex within a day or so of ovulation. This is usually about 14 days after the first day of your last period, if your cycle is around 28 days long. However, doctors recommend that you have sex every couple of days throughout the month to take the pressure off.

Six: Think about stopping contraception in advance, not the day before you start trying. It can take longer than you'd expect to become fertile again after taking hormonal contraception. You may be low on certain vitamins and minerals (especially the B-group vitamins). But remember, don’t be caught out quicker than you were wanting to be!

Seven: Drinking is important. Sadly, not the nice red you've been eyeing up in the supermarket but water, and lots of it. Drinking about 8-10 cups a day is recommended to keep you hydrated and also increase fertile-quality cervical mucus.

Eight: We all know smoking is bad for us, but did you know it can reduce fertility in women by around 40%, and can also affect the quality and quantity of sperm? Even more reasons to quit.

Nine: Think about your partner, too. Factors that can affect male fertility include underwear, diet, drinking and even where they keep their mobile phone (read our list of male fertility boosters).

Ten: The period between ovulation and, well, getting your period or not is commonly known as the 2ww aka the 'Two-week wait'. Read more of our common fertility acronyms; they will come in handy!

How many of these were you aware of?