What not to expect from a second pregnancy 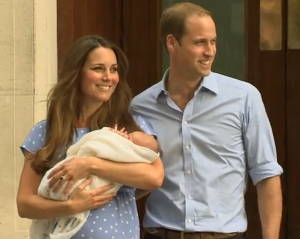 With the happy news this week that the Duchess of Cambridge is pregnant again, we take a look at second pregnancies - what should you not expect?

As I'm currently four weeks away from giving birth and already have a toddler running around at home, second pregnancies are something that are very present in my thoughts at the moment.

I wrote about some of the things you can expect between pregnancies when I was just entering the second trimester, but now I'm about to give birth there are several differences that have really struck home from the past nine months.

Although Kate Middleton has a team of royal nannies, staff and support, for most mums the second time can be similar but very, very different to the first.

Here's what you should not expect (leave a comment if this sounds familiar!)

That people will be as interested as they were the first time - Princesses, paparazzi and the world's media aside, people are remarkably less bothered when it's not your first child. It's not that they care less, it's just that they know you've done it once so can get on with it. I think even my husband forgets occasionally.

That you'll get as much rest as you want (and need) - As a parent you're inevitably tired anyway, but there's no special let-up because you're expecting. I look back with longing at the naps and lie-ins of first time round. Having a toddler is tiring anyway, but even more so when you're growing a baby. Pass the double strength coffee (oh...wait).

That it will be exactly as it was last time - Although the Duchess is suffering again from Hyperemesis Gravidarum (HG) the extreme pregnancy sickness, it's not a given that your body will react in exactly the same ways. Last time I had several experiences of unexplained bleeding and a hospital stay, but this time round pregnancy has been smooth sailing, thankfully. And in the same way, your body is different after the first, too - my midwife explained to me recently I'm feeling more pressure because the womb muscles aren't able to support the baby as they did last time. It seems they are just as tired as I am.

That you'll have exactly the same amount of time to think about it - Last time, I read everything I could about pregnancy, had all the apps, and bought every edition of Pregnancy&Birth. But when you already have a toddler, your time is pretty much dedicated to them. I'm often surprised to find out how far along I am, and couldn't even begin to guess at the size of fruit my baby is each week. However, I think this has helped, as I've also not been Googling every twinge and pain and worrying as I did last time.

That it'll be any less magical - So you have less time, sure, but it makes the time you do get really special. Baby kicks, scans, hearing the heartbeat - all of these are still as amazing and momentous, as is the anticipation.

What did you find were the biggest differences between first and subsequent pregnancies?

Gillian blogs over at A Baby on Board about London life as a new mum, covering everything from baby clothes to breastfeeding. She is pregnant with her second child and lives with her toddler daughter Eliza and husband Alex in south London