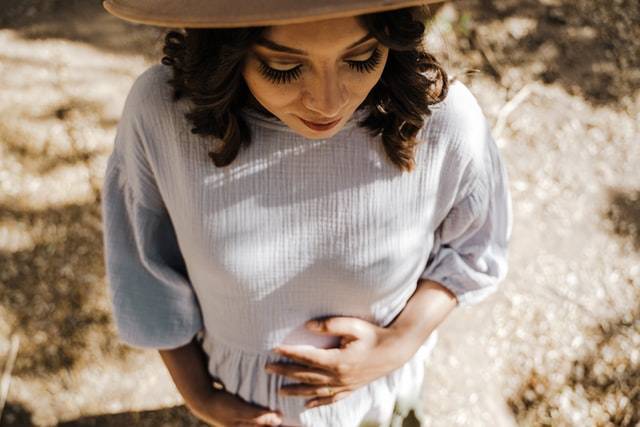 Now That I'm Eating For Two, Can I Eat Twice As Much As Before?

In short, no. Falling for the myth of eating for two is likely to result in excessive weight gain, which is not good for you or the baby. The body becomes more energy efficient during pregnancy in order to meet the energy needs for pregnancy so you only need to eat slightly more e.g. the odd extra slice of bread or one or two healthy snacks each day.

I've Been Having Strong Food Cravings - Does This Mean I Am Deficient In Something?

Eating spicy food will bring on labour. Is this true?

No. Eating spicy food close to a due date may cause tummy upsets but that is as close to bringing on labour as you might get. So if you enjoy spicy foods you are safe to carry on eating these throughout the whole of pregnancy.

I Love Herbal Teas But Have Been Advised To Avoid Raspberry Tea Until The End Of My Pregnancy. Why Is This?

Raspberry leaf tea is thought to have a stimulating effect on the womb, helping to induce contractions. Therefore intake of this is not usually advised until towards the end of pregnancy, generally after 36 weeks. Whether raspberry leaf tea helps with labour still requires further research, as there have been few studies in this area.

I've Been Feeling Sick All Day - Why Is It Called Morning Sickness?

The cause of morning sickness is thought to be due to the rise in hormone levels during pregnancy. For many women nausea and sickness are at their worst in the mornings hence the name morning sickness, but it can indeed be 'any time of day sickness'. Most cases resolve by the end of the first trimester but women who are severely affected should speak to their midwife for advice on how to cope with this troublesome problem.

Nearly 80% of women experience pregnancy sickness - and not just in the morning. Some women will just feel a bit nauseous. Others will feel sick every day and may actually vomit. An unlucky few will be so unwell that they need to take time off work. The good news is that most women start to feel a lot better at about 14 weeks.

Hormonal changes may be the cause: the pattern of sickness seems to follow the ebbs and flows of human chorionic gonadotrophin (hCG), the hormone that orchestrates the production of other pregnancy hormones. Levels rise rapidly during the first six weeks, peak at eight to 10 weeks, and begin to fall at 11-13 weeks.

Some people believe that pregnancy sickness protects your baby from harmful substances, this may be why so many women can't bear coffee, alcohol, cigarette or petrol fumes at this crucial time.

Snacking can help reduce morning sickness. Some women are really helped by sucking lemons or peppermints, others swear by bananas or breakfast cereals. Nibble something at night if you wake up. It may stop you feeling so sick in the morning.