Jane’s daughter was born prematurely when she was seven months pregnant. Here, she shares the story of her daughter’s birth, the impact it had on her mental health, and how important it is to discuss your emotions. 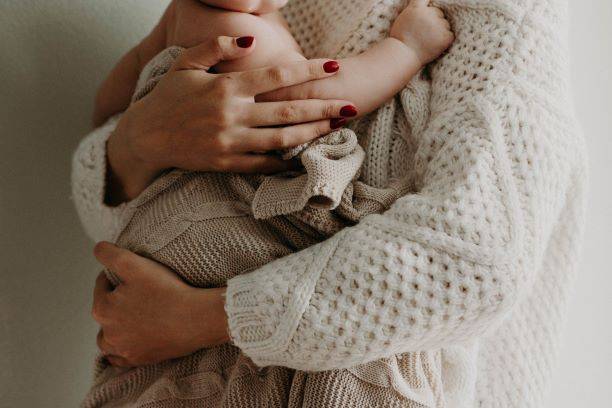 As Jane says, ‘Talking about our feelings is paramount to our mental health, but that doesn’t make it easy to do. It takes time. Time does heal, you will get through this and be stronger for it.’

‘Just before Christmas, four years ago, I was seven months pregnant. My husband and I were looking forward to the holidays, and to becoming parents to our first little girl in February.

Then it began. I started getting signs that our baby was coming. At the hospital we were told it was most likely a false alarm, but I needed to stay in for 24 hours for monitoring. Early next morning, I woke up in labour.

I was moved to the labour ward and by 7am, the room filled with extra hospital staff as our baby was born. She was taken to the other side of the room and medics crowded round her.

Eventually, we heard her cry. I was able to hold her for a precious few minutes before she was taken off to the NICU (the Neonatal Intensive Care Unit). At 2kg, she was so tiny. I was in shock.

The next few weeks were a rollercoaster. Two days after giving birth, I was discharged from hospital. Leaving hospital without our baby was a difficult experience that will stay with me forever. We were lucky though as we lived nearby. Every morning I drove to see her. I held her against my chest for hours, never tiring of staring at her amazing tiny features.

Emotionally, all I could focus on was her. Family and friends visited and then left again, coming from, and returning to their various sides of the country. Every day, going home without our baby really hurt. I expressed round the clock, woken by my alarm at night. The hideous experience of trying to express at 3am without my baby near, made more insufferable by those who said ‘Well, at least you can get some sleep whilst your baby is in hospital.’

Despite all the phone calls, texts, and visits, we felt alone. Whatever the situation, it was ours to deal with. I told everyone I was fine, including myself. We were lucky. Around us were families who had been in NICU for much longer and with much more difficult stories.

Three weeks after she was born, we were able to try breast feeding. She could only breast feed a little before she tired, so she also had 'top ups' from a bottle which took less energy. From there, the routine began – breastfeed, bottle top-up, express, repeat.

A week later, I was re-admitted to hospital for us to be on the maternity ward together. While on the ward, the NICU consultants told me she would not need the operation that they thought she would need to have. The news took ages to sink in as I slowly realised just how scared I'd been. Shortly after, we were both discharged.

The following months comprised mixed emotions. Overwhelming gratitude to leave hospital with a healthy baby; thankful to the amazing professionals who helped our little girl; worried about her vulnerability outside the safe NICU environment guilt that my body had let her down; thankful to have access to a fantastic healthcare system and sadness that the lottery of life means many don't have this; grief for the sudden, unexpected loss of my pregnancy bump, our third trimester and the 'normal birth experience'; emotionally closed in conversations with ‘normal mums’; absolute exhaustion from months of two-hourly breastfeeding, bottle top-ups and expressing; and upset at the injustice of it all followed by unrelenting guilt for thinking anything negative when many people have to deal with so much worse.

Some of my deepest fears surfaced during my second pregnancy. However, talking to my midwife helped and she was able to get support from peri-natal services, as well as extra scans which gave me some desperately needed reassurance.

Four years on, I can look back with more perspective, my overwhelming feeling is amazement at our little girl. No-one would ever know that she started life so small. Our pride in her strength has no bounds.

If I could go back and give myself some advice it would be to stop putting pressure on myself to deal quickly with my emotions. Yes, talking about our feelings is paramount to our mental health, but that doesn’t make it easy to do. It takes time. Time does heal, you will get through this and be stronger for it, for the best view really does come after the hardest climb.’