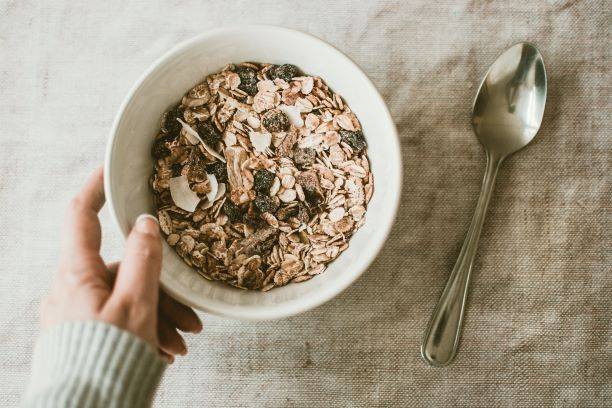 Iron is an essential mineral that our body needs for a number of reasons. To get enough iron, we need to ensure our diet is filled with foods high in iron.

A supplement can also safeguard our intake of iron.

But why do we need this mineral and what foods will provide it?

Why Do We Need Iron?

Iron contributes to the reduction of tiredness and fatigue. It also plays a role in making red blood cells and haemoglobin and helps carry oxygen around the body.

Iron does not just contribute to normal energy release; it also contributes to the normal functioning of our immune system as well as normal cognitive function.

How Much Iron Do We Need?

The amount of iron an individual needs day to day varies. The NHS have set guidelines which advise men over the age of 18 to eat 8.7 milligrams (mg) of iron a day, whilst women aged 50 and over should also eat 8.7mg of iron daily. Women aged 19 to 50 should eat considerably more, to make up for the amount of iron they lose in their menstrual period, aiming for 14.8mg a day.

Below is a list of iron-rich foods which can be incorporated into your diet.

It is important to note that some foods can actually slow down the rate at which your body absorbs iron from foods and supplements.

These include large amounts of tea, coffee, milk, and dairy. As well as these foods, the NHS state that foods that contain high amounts of phytic acid can also stop or inhibit the absorption of iron from foods and supplements. Foods containing phytic acid include wholegrains, nuts, and beans.

Who May Need An Iron Supplement?

Although there are foods that provide iron, some people may require an iron supplement to safeguard their intake.

This includes menstruating women, as they lose blood during their monthly period and pregnant women, whose growing baby needs iron to support their growth.

Growing children may also need an iron supplement. Vitabiotics Feroglobin Liquid, provides iron, plus minerals and B vitamins that are gentle on the stomach. The delicious honey and orange flavour liquid is suitable for the family, including children over 3 years. For adults, a daily intake 10ml of Feroglobin Liquid, provides an average of 14mg of iron.

Athletes may also benefit from taking an iron supplement.

Vitabiotics Feroglobin Capsules, from the UK’s number 1 iron supplement brand, provide 17mg of iron per capsule. These capsules are slow release, gentle on the stomach and also a source of other nutrients, including folic acid and Vitamins B6 and B12, which contribute to normal blood cell formation.

Vitabiotics Feroglobin Fizz also provides 17mg of iron per tablet. The effervescent dissolves in water and is a refreshing alternative to iron tablets or capsules. As well as iron, Feroglobin Fizz also provides nutrients such as vitamins B6, B12 and vitamin C, which contribute to normal energy release and help to reduce tiredness and fatigue. Vitamin C also increases iron absorption, while copper in these effervescents supports normal iron transport in the body. Feroglobin Fizz has a unique formulation that delivers iron in liquid form and avoids excessive levels, so is gentle on the stomach.

Vitabiotics Feroglobin Liquid is a great alternative for people who don’t want to take tablets. On average, each 10ml of liquid provides around 14mg of iron. Feroglobin Liquid is a delicious flavoured liquid iron formula with nutrients to help maintain health and vitality, including folate which contributes to the reduction of tiredness & fatigue.

Vitabiotics Feroglobin Liquid Plus contains 14mg of iron on average per 10ml of liquid. This advanced formula provides all the benefits of Feroglobin original including gentle liquid iron, plus extra nutrients, including vitamin D which contributes to the normal function of the immune system, as well as Siberian Ginseng, Co-Q10, l-carnitine, green tea and beetroot extracts.

For more information on Iron check out our Ultimate Guide On Iron.

[Info will be outputted here..]
[This element could be added only to article page]
Related Products
See All Iron Supplements