Gillian’s birth story: what to expect from a planned induction 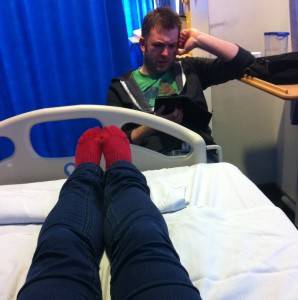 This month we're taking a look at the birth stories of the TalkMum bloggers. We've looked at Fran's twin delivery, Chloe's birth experience, Fozia's two different births and Eleanor's emergency c-section. But what can you expect from a planned induction? Here's what happened when I gave birth 18 months ago:

I’m an incredibly impatient person, so when I was booked in for a planned induction on my due date I was relieved that there was an actual end date in sight. Fantastic, I thought - I get to meet my baby really soon.

According to NICE, one in five births were induced during 2004-2005. It can happen for various reasons: medical factors, early breaking of your waters, or if your pregnancy goes over 42 weeks. I wrote about Eliza’s birth in more detail over on my blog A Baby on Board, but I had a high-risk pregnancy and was under consultant-led care. Because of this, the hospital wanted her born as close to my due date as possible.

I’d heard some horror stories about induction so was keen to go into labour naturally. I had two sweeps - not painful, just slightly uncomfortable - and did a lot of walking. However, nothing happened so I was admitted to the induction ward (a bay on the labour floor with four beds where you went before being taken to a delivery room for the main event).

I was given an induction via propess, which is basically a tampon with hormones on to soften the cervix. “Nothing will happen for at least 24 hours!” the Doctor told me. “We’ll come and see you tomorrow.” However, Eliza had other plans. Like me, she turned out to be very impatient and turned up just a few hours later. 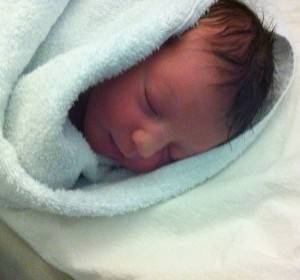 I started having incredibly painful back-ache and stomach cramps that were dismissed by a midwife as Braxton Hicks but turned out to be a continuous, off-the-chart contraction. All the medical staff were shocked to finally realise I was in full-blown labour so soon. When they finally freed up a delivery room for me a few hours later, I was 10cm dilated, had already started pushing and my waters were just about to break.

It felt surreal; too quick, no time for an epidural, nothing like I’d expected! But 30 minutes later my daughter arrived; I’ll always remember the first time I saw her. And even now, eighteen months on, despite all the sleepless nights, I still find it hard to believe that she’s real and we made such an amazingly perfect human being.

So here’s what to expect from a planned induction...

What was your experience with a planned induction?