Why I love sending my child to nursery 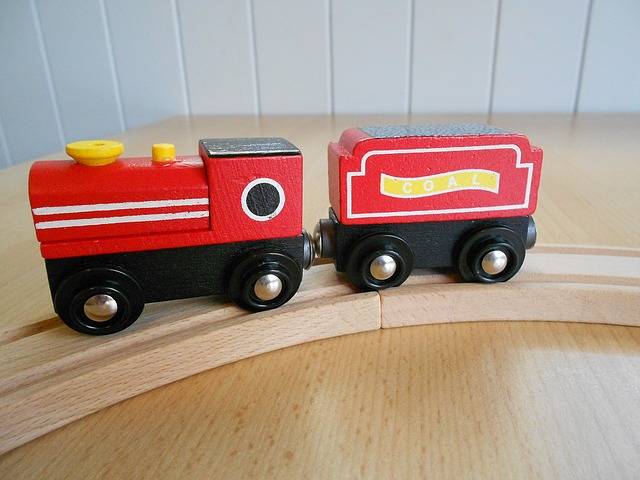 Blogger and mum of one, Katrina from Cool Bananas Blog, explains why she loves sending her three-year-old son to nursery, and why it's not a 'luxury'...

There’s not much throughout motherhood (parenthood, in fact), which isn’t fraught with guilt. Whether your child attends a nursery because of work commitments, or simply because you need a few hours of separation: some peace and quite to rejuvenate, before entering round ten of ‘Lego verses trucks’ on the car mat. The one thing that I guarantee unties us all in this, is the gut wrenching guilt we feel. For some of us, it’s just our intrinsic, gut feeling, but for others, it’s the judgement of other people, making us feel bad.

My son, Bear, is now 3 and a half, he has attended a private nursery since he was 21 months old, starting with just 2 mornings per week for the first 6 months or so, and working his way into 2 full days per week. I’ve always been self employed, and involved in some kind of business or admin work (or as I call it, hustling) and I naïvely entered motherhood thinking ‘When the baby sleeps, I’ll get LOADS of work done’. I said naively already, didn’t I? For my child never slept, and when he was awake, I could hardly keep up with him- to describe him as rambunctious is a slight understatement. I morphed from this chick full of energy; to struggling with to keep my pork pies open. It was when he turned 18 months old, my husband and I discussed the possibility of him attending a nursery, and we both agreed it was a good idea.

I felt strongly that we both needed some separation from each other and we didn’t want him to be placed with family. We wanted him to develop his confidence in an environment that wasn’t either our home, or a relatives’, arming him with social skills that would be invaluable when it was time for him to start school, and the ability to adapt easily in different surroundings. We also felt that there was always a risk of him being mollycoddled by grandparents, but at a nursery, he’d learn to interact with other adults in a safe and controlled setting. Allowing us both to have this space, meant I could fully concentrate on work whilst he attended, and then when we were together, he could have my undivided attention. I didn’t have to half-arse either aspect of life: As a mother I could feel fully committed, yet I was able to exercise my mind and claw back some head space. Admittedly, there are still occasions when work spills into ‘our’ time, but much less so than before.

I felt most guilty by the judgement placed upon me by others, as they saw my role as a ‘full time mum’, and thought placing my child into childcare was somehow a cop out. My parents in particular made me feel guilty. The conversation I had with them went something like this ‘ Well, I don’t remember your mum ever putting any of you into a nursery. She did it all by herself, with little to no support’. Hmm, thanks for that, dad. When I challenged this, he explained that they didn’t think it was a bad idea to place Bear into nursery, but were simply making the comparison to how ‘times’ have changed. But it’s a guilt that has stuck with me, as if the 2 days a week when Bear is in nursery is somehow a luxury. Well, perhaps to some extent it is. I fully appreciate everybody’s situations and circumstances are different, and what works for one family may not work for others. Nursery has helped us strike a balance that is ‘just so’ for our own family,

Nursery also makes me feel much less guilty for a plethora of things, believe it or not! It makes me feel less guilty about his diet - despite my best efforts, where he likes nothing more than beige food at home with me (plain spaghetti, for example) at pre-school his diet is an exotic mix of chicken chow mien to poached pear. At home, his concentration span is pretty limited, which makes any educational games near on impossible: At Nursery he excels in ways I didn’t know he could. Although I’m a creative and crafty type, the thought of attempting arty-farty things with a three year old sends me into cold sweats: I am NOT a fan of glitter. At nursery, he can unleash his inner Pablo Picasso to his hearts content.

And frankly, I will admit, there are some elements the experts at pre-school can just simply do better, than I ever could. I’m not wonder-woman, after all. I can’t possibly be all the things, all the time, to everyone. So sod you guilt, you can move along. As far as I’m concerned, Nursery keeps me sane, whilst helping me nurture and educate my child. Once you find great childcare too, the people who look after your child become much more than a ‘member of staff’ on the payroll, they become an extension of your family.

Nursery? We love you.

Make sure you read our latest post from Katie on trying for a third baby and teacher Emma's tips on coping with the transition from pre-school to school then read our new Night Feed Nine.