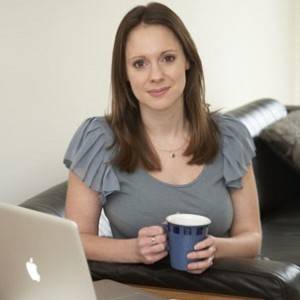 Coping with the craziness of newborn sleep is hard enough with one baby, but what about when you have two at once? Here's mum of three Fran on baby sleep, gentle routines and night feeds - for both her first daughter and her twins:

Newborns tend to sleep a lot, but not necessarily when you would like them to – namely at night. Half of the problem is they don’t distinguish between night and day.

I recall vividly how on our first two nights back home from the hospital Sofia would scream whenever we put her into the Moses basket. My husband Matt and I took it in turns to hold her throughout the night – yes every minute of it. By the third day, we were obviously both exhausted. The midwife came around for the three-day check. She asked how it was all going: ‘Brilliantly!’ we both replied. She asked about sleep and then looked horrified when we explained our ‘solution’ for the last two nights. She told us in no uncertain terms that this could not carry on; we’d not survive. She recommended bringing the Moses basket into the bed and placing it between us. Luckily a night of passion was the last thing on our minds, so this wasn’t a big deal. She said that the baby had been so close to me the whole time that even being beside the bed could seem a bit cut off. After two nights of doing this she was settled enough to move back beside the bed. What a relief!

In the early weeks Sofia just used to fall asleep wherever and whenever, and I was quite happy with this. If we went for a walk, chances were she’d be fast asleep on our return and I’d just leave her to carry on sleeping in the pram. I mentioned to the Health Visitor that she would often sleep for three hours plus at a time during the day. She said that I must wake her at three hours for a feed. I dutifully followed her advice. I soon learnt NOT to do this, it is pointless; if they are hungry, they wake up – trust me.

At around 6-8 weeks, I tried to create a bit more of a routine. Not a Gina Ford-style one, but some structure just so we’d both know where we stood a bit better, and so I could - shock horror - plan things a bit better. We’d go to a group in the morning (which would tire her out) and then on our return, instead of letting Sofia just fall asleep wherever, I’d actually take her upstairs, put her in her Moses basket and draw the curtains. This worked really well and actually helped with the night-time routine too: suddenly, dark became associated with sleep. After quiet time, bath, story and milk in the evening she settled really well. However, it wasn’t until eight months that she actually slept through (and even then it wasn’t consistently)! What I did find - even when Sofia didn’t sleep through - was that it all got a lot more manageable. I suddenly realised there was no longer any cluster feeding, and that I was only doing three night feeds, then two and then one.

Please don’t always listen to the mums who say their little cherubs have been sleeping through since six weeks. It’s probably happened once or twice, or in their sleep-deprived haze they’ve actually forgotten that in fact they did get up three times in the night. They’ll probably get clobbered with four-month sleep regression in any case. I mentioned this to a mum at the multiples club I go to last week and she thanked me profusely; she thought everyone’s babies slept through apart from hers.

Sleep patterns and general routine is such a different ballgame with twins. For a start my twins had different awake and asleep times. One would be falling asleep when the other wanted to play and visa versa.

I was breastfeeding them on demand throughout the day, but also at night. Night-time was particularly tough; again they didn't wake up at the same time but, obviously unlike the day, I wanted to sleep! I would literally finish feeding one and then the other would wake for a feed. As Sofia was waking up at 5am every day, it meant on a VERY good night I’d get two hours sleep.

After a month of this, I realized it wasn’t sustainable. I started expressing a couple of bottles during the day for nighttime so that Matt could share the load; we’d take it in turns. I would actually recommend expressing on occasion to mums of singletons too. Matt was blissfully unaware of all of the night-time feeding I did with Sofia. Even with just one it would have been nice to have a ‘night off’ once in a while.

A few weeks after we did the shared night feeds, I started to wake one sleeping twin when the other awoke for a feed. That worked well as one had woken up specifically for a feed and the other would automatically have a dream feed. It then got them onto the same feeding schedule so that within a week they did actually start to wake at the same time. Hurrah!

It all proves that even if you don’t have a baby that sleeps through from a young age, it does get better over time.