The 5 things helping me through the early stages of pregnancy 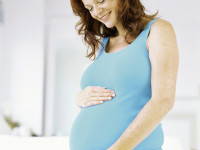 New TalkMum blogger Jenny reveals the things that have been her saviour during her pregnancy...

I always knew pregnancy was not going to be an easy ride but boy did I underestimate how tough it would be in the first three months (and on/off during month four and five)! As a food lover my whole life, I was completely unprepared for the food aversion. I had visions of myself craving odd combinations of food not retching as soon as I stepped into a supermarket. I have a newfound respect for all women who go through pregnancy! Below are the top five things that have helped me through the early stages of my pregnancy…

As I mentioned, the nausea totally threw me. Even the thought of food make me feel iffy. For the first three months, I could not bear walking into the kitchen, let alone preparing and eating a meal. My poor hubby watched worryingly as I attempted child-sized portions of food only to be followed by wanting to be sick straight after. I found great relief in the Vitabotics Ginger Pastilles. Having never been a fan of ginger I gave it a try and found the fiery ginger taste really alleviated my nausea.

With my bump suddenly going from non-existent to looking 6 months as soon as month four hit (thanks to the bloating) I found myself so grateful for whoever designed the humble maxi-dress. They were especially handy during the heatwave we had. I managed to look reasonably on trend and stay cool at the same time.

Having been a spinning, aerobics, gym three times a week kind of girl, I was surprised by my lack of energy, early on in my pregnancy. By the end of the working day I was pretty wiped out and as soon as my head hit the pillow, I ended up having a two hour nap most days. I think the only thing lacking was blackout blinds but hey, that didn’t stop me.

Going back to the nausea, Saltine crackers were my saviour. Yes, they are plain, bland and boring but they were the only thing I could eat without wanting to throw up afterwards. I read numerous forums about what women could eat but found the staples of cold food, salt and vinegar crisps etc all seemed to disagree with me. Even though my nausea has since subsided, I still find myself reaching for a Saltine cracker now and then if I want a snack.

I am prepared for sleepless nights after the baby arrives but no one told me about before the baby arrives! For as long as I can remember in pregnancy, I have had to wake up four or five times in the night to pee. At first I found it very tiring the next day at my desk but funny enough, I am now used to it. I guess it really is nature's way of preparing you for the sleepless nights to come! I am just grateful I have an en-suite and not have to stumble around in the hallway for a trip to the loo at 4am.

What have been your pregnancy saviours? Tweet us at @Talkmum or comment below and tell us! Now read: How to keep your early pregnancy a secret and How to survive a summer pregnancy with a smile.