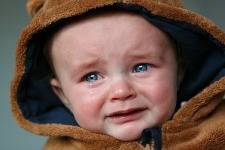 Blogger Alana from Baby Holiday says these are the real milestones. How many of these can you tick off so far?

There are so many milestones to look forward to in your baby's first few months - their first smile, rolling over, cutting their first tooth - but there are also some inevitable situations that antenatal classes just do not cover.

Here's my guide to the real-life milestones you should look out for...

1. Public meltdown
It's going to happen, no matter how prepared you think you are for a day out ... and we've had a few. An overtired baby, an uncomfortable high chair, boredom, they've all set off a crying fit that not even a biscotti will resolve. We've all looked on, pitifully, as a mother fails to console a screaming baby in Starbucks, and let's face it, at some point we will all be that woman. 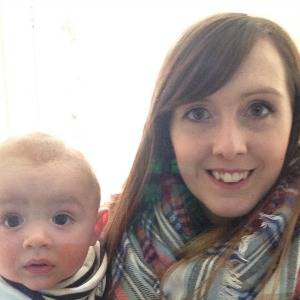 The worst for me was the first time it happened. We were at a Halloween party and out of nowhere, we were in meltdown mode. I ended up manically rocking my little boy Santino in his pram (wearing nothing but a vest by this point because he was screaming so much he was bright red and sweating) with my phone next to his head playing white noise. He eventually fell asleep and I had to borrow a fetching pink blanket from another mother for the drive home.

2. Nappy explosion
Babies aren't exactly discreet when it comes to their bathroom habits, but there is one type of nappy that you can hear coming. Poo will explode everywhere - down baby's legs, up their back and all over their lovingly picked outfit (and yours too if you're doubly unlucky). Just make sure you always carry spare clothes in your changing back or you'll have a mad dash to the nearest shop! And remember: baby vests are made with special folds on the shoulders so you can roll them down instead of having to negotiate the mess over their head.

3. Gender confusion
I've lost count of the times an old dear has spotted the pram up the supermarket aisle, made a beeline for us and peered in before saying "Oh, she's lovely. What's her name?"
You can see the realisation dawning on them when I reply with "His name is Santino", followed by an awkward silence until they slowly back away.

4. Heart-stopping moments
Within the first year there will be one. Probably before their first birthday if you have an active monkey like ours. Mine came when Santi face planted the floor. He's fallen over dozens of times since starting to sit up ... He's so nosy he'll just lunge at anything new in his sight without realising he'll lose balance. Anyway, on this occasion he had his dummy in, which somehow cut his gum as he landed. There were a lot of tears in the next half an hour, and I felt like the worst mother in the world. I'm sure there will be many more incidents to come as he gets more active, but I doubt I'll panic any less!

5. A never / once worn outfit
In a hazy, sleep-deprived shopping trip you will be sucked in by a perfectly tiny, but completely unpractical outfit. For me, it was a cotton Ted Baker romper. I fell in love with it instantly ... And instantly fell out of love with it while trying to wrestle little arms through sleeves that didn't give. It lasted until the afternoon, when a nappy explosion resigned it to the wash ... And it was never worn again.
Oh, and while we're on the subject of clothes, you will soon loathe the sight of poppers. After one nighttime change consisting of poppers on vests, babygros and sleeping bags you'll never want to see one again!

6. Birth story sharing
One thing I learned early on, in baby groups, is that new mothers like to share birth stories - it's like a form of bonding. By the time you head back to work you will know which of your new friends' babies were early or late, how many hours they spent in labour, who had a cesarean and what pain relief they had. And it doesn't matter how shy and reserved you usually are, it won't be long before you're sharing too!

7. Breaking your rules
I'm sure most mothers will agree that before giving birth you will have very unrealistic expectations of yourself. With no experience whatsoever, you will put an incredible amount of pressure on yourself to live up to a Brady Bunch style of parenting. No dummy, no formula milk, reusable nappies, organically made and ethically sourced toys - mums-to-be will insist on bringing their babies up in all sorts of ways.
In the end it comes down to how strongly you really feel about something. When your midwife suggests baby might be breastfeeding for comfort and not for food, a dummy might not seem like such a bad idea. It's that or being banished to the settee for 18 hours a day.
In a zombie-like, sleep deprived state it's pretty difficult to stick to your guns, and that's how within six weeks we ended up sitting in McDonald's feeding Santi from a bottle before giving him his dummy to go to sleep.

8. Crying
You've broken one of your rules, you cry. There's no chocolate left, you cry. You've been woken up for the third time in an hour, yep, you guessed it, you cry. Even that baby milk advert that says you're doing great (you are doing great, by the way), makes you go a bit misty eyed. There's not much you can do to prevent it - you will shed a lot of tears during the first few months.

But don't worry, you'll soon look back and laugh at the ridiculous little things that made you sob ... especially that time M&S didn't have a bra in your size and it felt like the end of the world.

9. Wishing you could read baby's mind
Babies are an enigma, and there's no telling what's going on in that little mind. Something that makes them shriek with excitement one day results in a single raised eyebrow the next - what's that all about?! Why are they so intrigued by the light pulley? What's so awful about having their face wiped? And why do they refuse to have their coat put on? It would be great to know what they're thinking ... especially when it can avoid a public meltdown!

10. Both envying and pitying your former self
I'll admit there have been moments I would have given my right arm to go back in time. Past me had nights of uninterrupted sleep, enjoyed coffees without a baby lunging towards the mug, popped to the shops just for a look around (actually, being able to pop anywhere would be a bonus) and could stay up past 9.30pm without turning into a devil woman.
But almost as soon as I've thought it, I change my mind. Past me had no idea how happy just seeing her husband and son giggling together could make her, how excited she would get with every new development, or how much she would enjoy planning the future with her little family.

It's incredibly cheesy, but the last on this list is realising that you won't want to swap your new life for anything.

Read more from Alana on her blog and read about the 5 new gifts a new mum really wants.