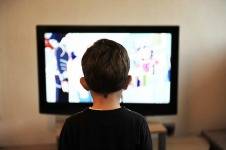 TalkMum blogger Fran from The Parent Social thinks resolutions can work for all of the family...

I’ve never made New Year’s resolutions before as I’ve always thought they’re a bit pointless. This is probably because I’ve seen others set their expectations way too high and make resolutions that are completely unachievable and ultimately totally demoralising.

At Christmas I sent each of my daughters a personalised email video message from Father Christmas. One of the things I had to fill out when creating it was: ‘Effort asked to the child this year.’ Options were many and varied, but included: to always keep his/her room tidy, to try their best at school, to eat all of their vegetables, to stop using his/her dummy… You get the idea.

All three were wide-eyed when Father Christmas asked for a particular effort from them; each recognising that he’d mentioned something they needed to improve upon. This got me thinking about more ‘efforts’ that I’d like to see. When my eldest daughter was bossing about her younger siblings, it caused me to say that she should make not bossing her sisters her New Year’s resolution. She had no idea what this meant until I explained, but then – strangely - seemed quite taken with the idea. So I thought, well why not make some resolutions on the childrens’ behalves? Then I thought, if I’m doing them for the kids it’s only fair I acknowledge a few of my own numerous failings as well.

What follows are my more realistic and achievable resolutions, perhaps more every day tweaks than anything else:

1. Don't say no when I could say yes. I’m not talking about being a pushover and saying yes to every one of the kids’ requests, but if they want to do baking after dinner, I shouldn’t automatically say no just because I don’t want a load more washing up late in the day

2. Stop checking my phone for emails and Facebook notifications at the dinner table. This is such a horrible habit.

3. Switch off from work and not check email all the time. Instead check every couple of hours when not working, so that non-work time is properly focused on the children

4. Don’t sweat the small stuff. Perhaps the girls wouldn’t be preoccupied with tiny details and pretty insignificant things if I wasn’t

5. Cut down on booze, unhealthy snacking and comfort foods so I can lead by example. I can’t tell the children off for eating too many sweets or having too much juice if I’m making too many unhealthy choices. For the record, they’re a lot better with their veg than I am!

1. Not mess about at the dinner table. This drives me insane

2. Speak properly and not in 'whinge' language. This also drives me insane

3. Listen!! I often find that I have to repeat something more than three times. Pigeon steps – let’s get this down to below three…

4. Put one thing away before taking another out

1. Pleases and thank-yous used to be automatic, now not so much. Get back on track with those

2. Not have tantrums about the minutest of things (this is probably my least realistic one bearing in mind I’m talking about two three-year-olds)

2. Not interfere in things that don’t concern her (mainly about her sisters)

It’s working already to some degree. The other evening (Jan 5th), my eldest took her book off the dinner table and said: “Well you’re not bringing your phone to the table any more.” She’d noticed my efforts, which is great, but it also highlights how bad I was for doing that previously. Also, tonight marks two consecutive nights of complete alcohol abstinence. That’s the first time that’s happened in about seven weeks. There is hope for us all!

Read about new year healthy life hacks you can make and why one TalkMum blogger doesn't believe in resolutions.