Fellow parents, don’t judge me for my shopping choices 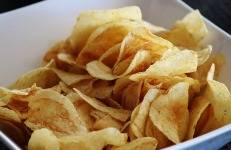 Laura from Chez Mummy has something she wants to get off her chest...

The issue of weight is one that’s never far from people’s thoughts or lips. We’re forever being told about the ‘obesity epidemic’ and the ‘health timebomb’ that faces not only our country, but the world.

Everyone has a view about why people are so much bigger now than years ago, and it seems most are also happy to judge others on sight. Overweight people are often labelled ‘lazy’ and ‘greedy’ when the reality may be far from that. And heaven forbid if you are the parent of a ‘heavy-set’ child – you’re killing them with food don’t you know.

But recently, I’ve discovered a new level of damnation where people condemn you as a bad mother or father simply for buying certain foods.

I overheard a conversation in my office the other day on this very subject. Two colleagues were discussing how easy it is to stop children eating ‘bad foods’ – never buy them apparently. Easy isn’t it? I wish someone had told me that secret before now.

And then one of them recalled a shopping experience when she had glanced at a parent’s trolley and recoiled in horror at the loaf of white bread and multipack of crisps that were in there.

I could have screamed. I very nearly did. I had stories that countered every point they made. My 4-year-old son is a prime example of how fickle children can be. As a baby, he loved his food and would eat everything set in front of him. He enjoyed a huge variety of fruit and vegetables. Now he’s an incredibly fussy eater and won’t touch the damn things.

I don’t get stressed out by his diet because I know it’s likely to be only a phase and I find ways to sneak fruit and vegetables into his diet, but it stands to reason that my shopping basket isn’t always - OK, never - filled with items like kale, quinoa or organic multi-seeded bread.

I buy white bread. I buy chicken nuggets. I buy crisps. But what you don’t see is the large amount of exercise my children do. You don’t see them slurping their homemade fruit smoothies. You don’t see my son choosing cranberries over a slab of chocolate. You don’t see how the crisps are mainly saved as treats for me and my husband once the children are in bed.

You don’t know me. You don’t my situation. You shouldn’t judge me.

I do understand the concern about obesity. Rates have reportedly doubled over the past two decades. Those who are overweight or obese are more likely to develop health problems like type 2 diabetes and heart disease.

And children are not immune either. According to official figures, childhood obesity rates have doubled within the last five years and one in 10 children is now obese when they begin primary school.

While junk food has undoubtedly played a part in this rise, we should remember that it is just that – one part.

It’s not always about the foods you buy; it’s also about the amount you eat. You might only eat the healthiest of foods, but if you eat too much you’ll still put on weight. Being fit and active plays a key role in maintaining a healthy weight too.

And of course, there are other factors that might predispose people to putting on weight or make it difficult for them to lose it, such as particular medical conditions.

Yes, rates of obesity are a concern. Yes, it needs to be tackled. But the solution isn’t to point the finger and condemn others based solely on their shopping habits. We rarely, if ever, know the full story.

Read how blogger Emma did weaning her way and find out which apps can help track fertility.