Dear boy: You can be unpretty here 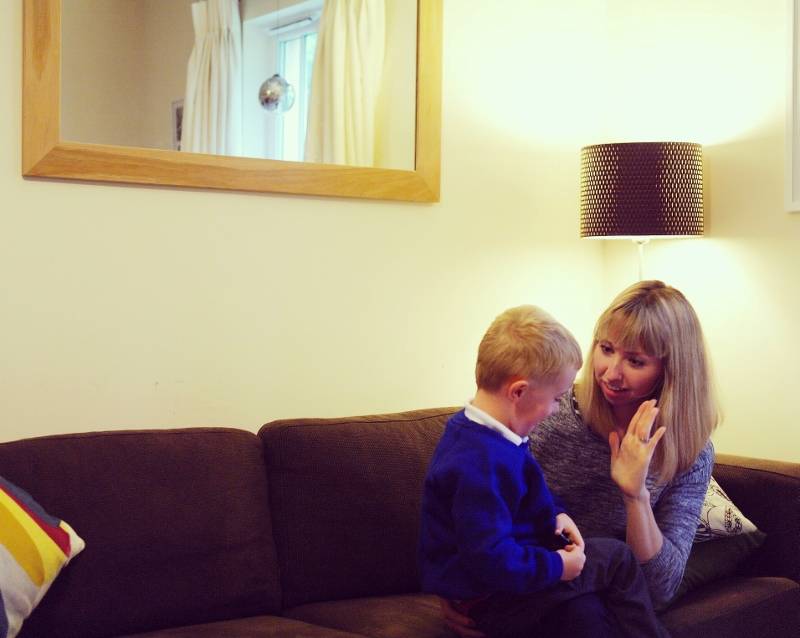 Rachel from Make A Long Story Short has made a few realisations since her son started primary school...

Some clichés about life with children just turn out to be true. It’s almost disappointing how predictable you are. That hilarious obsession with your first child’s milestones, followed by a wry detached affection for the progression of your second? Tick that box. The fact that you will get fat on leftover pizza crusts if you’re not careful, and one day catch yourself eating a chocolate chip cookie crumb straight from your toddler’s thigh? Yes, sorry. For that one I’m sorry to myself most of all.

Here’s our latest living-the-cliché moment: that four-year-olds spend their first weeks in September behaving impeccably at school, and like screechy rage demons at home.

‘I know he’s tired, and unsettled, and going through a huge transition’, I said to Tim the other night, wearily. ‘I know that. He has good reason. It will pass. But I’m still bearing the brunt of his meltdowns, and it’s awful’.

It really is. What I didn’t expect is that H starting school has been hard for me too. Is that a stupid thing to say? That’s how it feels. Quite apart from the new stresses of buying and labelling uniform, making sense of a bewildering forest of forms, incorporating an extra six miles of school run into the day, remembering to order school dinners and send in his PE kit, and trying to make a good impression with new people while soaked to the skin in a cycle helmet, I miss him. He’s gone most of the day, and when he comes back he spends a lot of it flinging himself into the deep end over taking his shoes off. We circle warily around each other, bumping against our respective pressure points until I snap, or else sit down on the floor, sigh out all my breath and say ‘shall we have another break for a hug?’.

He always does come in for a hug, regardless of how angry he is. I think that’s something.

What it has reminded me is that I am the safe place for all his crap. At school he is politely making sense of new people and routines: self-conscious, on edge, trying to fit in and impress. Then he comes home and hurls all his less-pretty parts at me. It’s the most backhanded of compliments, but compliment it is.

Because I am his constant, the backdrop to his universe. The messy labour of his day-to-day is mostly mine; I am his normality, for better and worse. When I’m reminding him to stop answering back, buttoning up his pyjamas while he tries to jump out of reach, or holding on to the kind-but-firm tone by the very skin of my teeth during his fourth time-out, it can just feel like work, bloody and unedifying. I sometimes wish he’d stand on ceremony for me too, just a little.

But he needs somewhere he can be unpretty. A place he can throw out his worst parts and have them gathered kindly in. Someone who has his back, in public and private. Hard as it is, I think I can do that. I think that has to be me. There’s something sacred in it, after all, being someone’s first line of defence. Even though in the moment it feels like being skinned alive by scream.

Come on then, you exhausted little rager. Let me have it. Here’s your punching bag. Here’s the bucket for your assorted crap. Here stands your safe place, letting you know when your behaviour’s out of line, loving you and your messy parts even through gritted teeth, making yet more lasagne you’re too tired to eat.

How do you cope when your little one is grumpy or bad-tempered? Comment below and tell us.