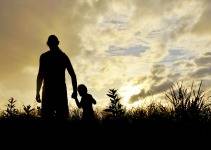 Blogger Rachel from Make A Long Story Short has one, simple piece of advice for her son but also all mums out there...

‘Be brave’, I tell my son. He’s sensitive and often insecure, particularly around other people. Sometimes he needs me to let him hold my hand and hide behind my leg without chiding or embarrassment. Sometimes he needs a gentle push in the direction of independence. As always, I find out which one by getting it wrong some of the time.

And sometimes I say it to myself, too. Whoever said that being an adult means never being afraid? Motherhood is a hurtle into the blazing unknown, a daring, foolish leap into the thickets of Raising a Human. When we bring someone else into the world we tangle our heartstrings so irretrievably with theirs that we’ll never get loose, or want to. We love, oh, how we love. And on good days we soar, and see horizons we couldn’t imagine on the ground. On the other days it hurts, and we’re furiously afraid.

So to whoever might need to hear it (because we do need to hear it, especially from each other), I want to say: it’s ok to be afraid. Keep going, as far as you can. Be brave.

To the mother who contemplates making yet another dinner her kids won’t eat and can’t bring herself to open the fridge.

To the mother suffering the kind of sleep deprivation classified as a war crime, waking up to the seventh wail of the night. 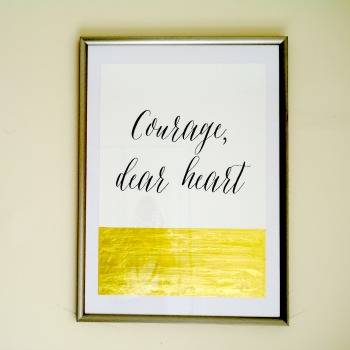 To the mother wearily holding down kicking tantrum legs, then holding down a surge of real anger when a foot connects with her eye.

To the mother clawed by guilt about the little time she’s able to spend with her children.

To the mother who never even considered the idea that she might have to do this alone, and now has to, and doesn’t know where to start.

To the mother juggling work, or study, or childcare problems, and always feels like she’s dropping some ball or other.

To the mother fighting a thousand bureaucratic battles on behalf of her child with special needs.

To the mother worrying late at night over unpaid bills.

To the mother staring down years of dirty nappies and soggy Cheerios ahead, and feeling she might go mad before it’s done.

To the mother, bereft and angry and broken, who never got to hold her baby after all.

Sometimes you will need to hide and hold onto something, without chiding or embarrassment. And sometimes you’ll need to take tentative steps into a place you’d rather not go. I think both of those things are ok. Being afraid is ok.

Keep going, as far as you can.

Have you read: What's the difference between the baby blues and PND or Mood-boosting family fun?