A-Z of pregnancy and nutrition: D is for... 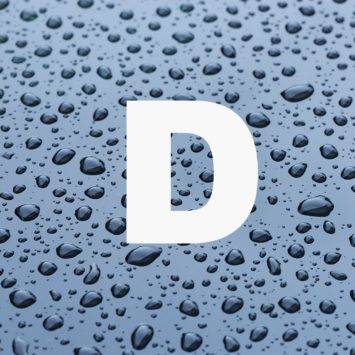 In the next instalment of our series on the A-Z of pregnancy, we're looking at the letter D

So what does D stand for in pregnancy?

Dairy products: Pregnant and breastfeeding women are encouraged to eat moderate amounts of dairy foods such as milk and cheese which contain calcium, protein, vitamin D and zinc.

Dehydration: The increased metabolism during pregnancy leaves women more vulnerable to dehydration so an adequate fluid intake is important, especially when it is hot or when exercising. Never limit fluid intake to avoid frequent trips to the toilet - dehydration can lead to premature contractions and can contribute to fatigue and dizziness. Severe morning sickness can also lead to dehydration so monitor fluid intake if this occurs.

Dental care: Pregnancy can aggravate dental problems. Gingivitis (an inflammation of the gums) is a common problem, which may be the result of increased blood flow to the gums caused by pregnancy hormones and may require treatment. It can lead to bleeding gums and has been associated with complications of pregnancy, such as premature birth. Brush your teeth with a soft-bristled toothbrush after meals or at least twice a day to help prevent cavities and gingivitis. Flossing regularly will also help to protect your gums. NHS dental care is free during pregnancy, so see your dentist regularly and make sure they know you are pregnant.

Diabetes: The combination of diabetes and pregnancy increases the risk of complications for both the mother and baby. 6 For women with diabetes, the risk of complications can be considerably reduced with optimal control of diabetes from the time of conception – this includes healthy eating and nutrition. Gestational diabetes occurs in around 3-5% of pregnancies so all women are routinely monitored during pregnancy for increasing glucose levels. Specialist advice and monitoring is offered to women who show signs of gestational diabetes. If you are deemed a risk of developing gestational diabetes or you show signs, you may be offered a test for it during your pregnancy.

Diarrhoea: Most often, diarrhoea in pregnancy is a result of changing hormone levels - predominantly increased levels of progesterone. However if accompanied by a fever or vomiting, and if it persists for more than 24 hours, you may wish to speak to your midwife or GP to eliminate other potential causes such as food poisoning.

Catch up our previous posts on pregnancy and nutrition here - we've covered pregnancy A, pregnancy B and pregnancy C and make sure you watch our latest video on breastfeeding support and tips