What no-one told me about pregnancy

Mums Tell Us What No-one Told Them About Pregnancy 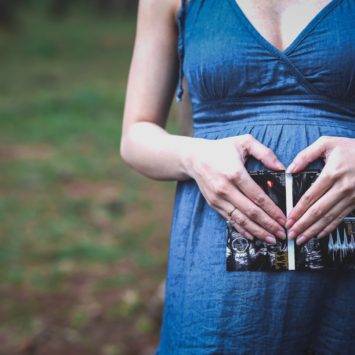 What are the things that no-one told you about being pregnant? We take a look at some of the biggest surprises that might be in store when you're expecting a baby in our post on what no-one told me about pregnancy

Think you might know what pregnancy is going to be like? While some of the changes are well-documented - growing a bump, developing sore boobs and sobbing at adverts - there are many elements of being pregnant that can come as a *complete* surprise to the expectant mother.

From the days of early pregnancy through to packing your hospital bag, the path to having a baby is paved with pregnancy surprises that can leave you thinking; why did no-one tell me about this?!

The Emotional Changes Of Pregnancy No-One Tells You About

Pregnancy is a special, exciting time and generally, you expect it to be emotional - starting well before the positive test. But for many women the experience can overwhelming and also tinged with many different feelings as your body and hormones change as the baby starts to grow.

Recent research by Pregnacare Ireland found that 44% of expectant mothers surveyed said that looking back, they were totally unprepared for the worry they felt, with 28% saying that if they were to become pregnant again, they would try and worry less.

My Body Is Changing - Why Did No-One Tell Me?

If it's your first time being pregnant it can be difficult to know exactly what to expect, especially if you've never experienced a close friend or relative's pregnancy first-hand.

For many women, the most surprising part of pregnancy was the changes to their bodies, with 80% of respondents to the Pregnacare survey reporting that they experienced sickness, insomnia and pain as well as constantly needing the loo (sound familiar?).

However, it’s not all negative, with three-quarters of women reporting that feeling the baby kick (76%) was the most enjoyable part of their pregnancy.

A Word About Pregnancy Diet And Cravings...

While you think of pregnancy food cravings as being weird and wonderful (pickles and ice-cream, anyone?) 40% of mothers-to-be surveyed by Pregnacare Ireland said they had to avoid certain food groups due to illness. It's often the food you'd least expect that is off the menu.

We've covered many aspects of the pregnancy diet during pregnancy month, so make sure you're up-to-date - including the big pregnancy myths like eating for two.

Make sure you also know about the importance of taking folic acid in pregnancy - including when to start taking it - as well as the benefits of taking a combined pregnancy supplement like Pregnacare throughout pregnancy.

We asked bloggers about the things that no-one told them about pregnancy - here are their biggest pregnancy surprises:

What No-One Told Me About...The Changes To My Body

No one told me that going on tube trains would make me nearly pass out (no breakfast, a quick walk to the station and heat was a bad combination in my first trimester). Kate, Counting to Ten

No one told me about memory loss and despite not being pregnant for over two years I still can't remember what I did a week ago or why I walked into a room. Kate, Les Be Mums

What no-one told me about...pregnancy symptoms

No-one told me about the vivid dreams that were more like nightmares! Amy, The Smallest of Things

No one told me I'd develop a superhuman sense of smell! A good thing when somewhere nice like in a bakery, not so much when in public toilets. Jenna, Geek Chic Diary

No-one told me that morning sickness didn't necessarily involve being sick. I just felt very sick, like I had sea sickness, but as I'd not been close to anyone pregnant before I presumed it was exactly as you'd see on TV. Googling it didn't help, either! Second-time confirmed to me that this is just how I do pregnancy. I was a lot less anxious. Gill, A Baby on Board

No-one told me about pregnancy rage. That at times I'd be so overtaken with seething anger, stronger than any rage I'd felt before, over the smallest and most random things. Chloe, Sorry about the Mess

No-one told me that I would feel terrified, excited, overjoyed and overwhelmed all at once! Or that I would suddenly be taking a nap at 8pm. Viv, Dancing in my wellies

What no-one told me about...the exhaustion

No-one told me I'd fall asleep in the car on the way to and from work every single day in the first and last trimesters (I wasn't driving!) Hannah, Budding Smiles

No-one told me that sleep deprivation starts before the baby arrives. You need to get up for the toilet at least once an hour in those final few months. Kate, Heels and Hooves

There are even surprises with pregnancy second time round

No-one told me about changing a dirty nappy with morning sickness. I can still remember how ill it made me feel 2.5 years on. Hannah, Make Do And Push

Make sure you also check out our advice from our midwife on pregnancy and birth post. You can also find out more about the Pregnacare supplement range for before, during and after pregnancy and follow our Pregnacare Offical Instagram account

[Info will be outputted here..]
[This element could be added only to article page]
Related Products
See aLL pregnancy sUPPLEMENTS