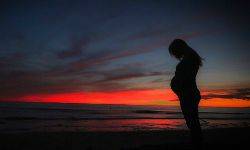 Blogger Fozia from Muslim Mummy was diagnosed with gestational diabetes in her second pregnancy and here she writes about what her birth was like...

Giving birth can be a daunting experience, but when you have gestational diabetes it can be even more stressful. With my second pregnancy I was diagnosed with gestational diabetes pretty much from the start, around the 12 week mark. I will admit that this was one pregnancy I did not enjoy as I had to be careful about what I ate for months; on the plus side, I lost weight due to eating healthy!

When it was time to see the consultant, I was told that the hospital policy is to induce at 38 weeks if you have gestational diabetes. There is more chance of complications towards the end which is why they scan you more frequently and then induce you.

The plus side to having an induction is that you know when you are going into hospital so can have everything arranged, such as childcare and make sure the children are settled in before you leave for hospital, and the trip to the hospital is not a mad dash.

However, the problem with knowing that I was going to be induced at such an early stage of my pregnancy did lead me to research inductions and talk to people who have had inductions to find out about their experiences. This was the biggest mistake I made. Not one person gave me a positive experience of induction. I was advised it was 10 times worse than natural birth, longer labour, more chances of complications and could eventually lead to a caesarean. So by the time it came to by induction I was a complete nervous wreck and didn’t want to be induced.

I won’t lie and say my birth wasn’t traumatic, my full birth story is over on my blog, but that was more due to other factors, rather than the fact that it was an induction. My first labour was very quick so that should have been an indication that this labour probably would be too. Once the pessary they had inserted kicked in, (I only needed the one to start labour), the pains were intense but my midwife was busy with another lady and the other midwives didn’t bother checking me.

When they realised I was in labour, it was a mad dash to get me to the delivery room and find my assigned midwife. The baby came relatively quickly, so quickly that they were unable to monitor me in the way they should have due to my gestational diabetes and by the time I gave birth my sugar levels were the highest they had ever been!

The birth made me realise not to listen to everyone's horror stories in future. Everyone is different and just because many of the mums I had spoken to had difficult labours when being induced, some lasting days, it did not mean I would too. I unnecessarily upset myself, so much that I was often in tears at the thought of an induction.

Now read: What Eilidh wishes she'd known about having a c-section.

[Info will be outputted here..]
[This element could be added only to article page]
See All Pregnancy Products