What I wish I’d known about having a C-Section 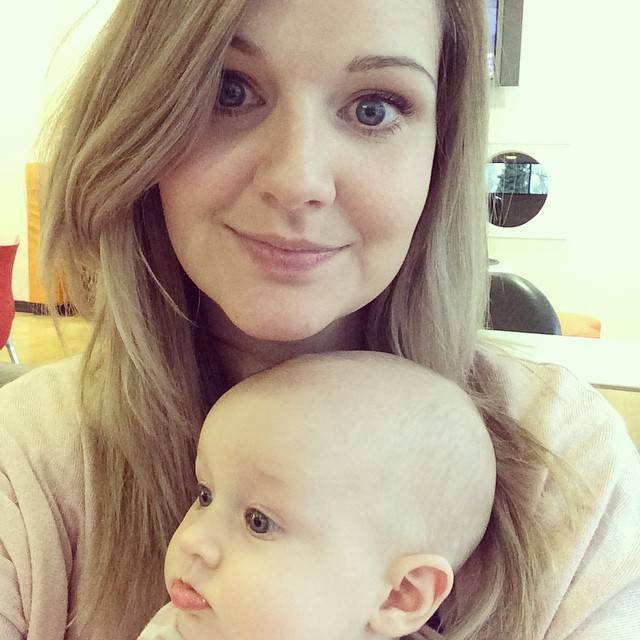 Blogger Eilidh from Mummy and Monkeys reflects on her caesarean section birth and the things she wished she'd known...

I've given birth 3 times and none of them have been easy. The first two were natural 'ish' and the third was an emergency c section. We knew that our baby was going to be born by c section due to severe SPD and previous complications, but it was meant to be a few dayscaeslater than it happened. I was in for monitoring with reduced movements when they picked up that she was distressed. Pretty quickly after this we had our baby girl in our arms. I thought that I was ready for a c section but when it came to putting the gown on I realised that I was NOT! There are some things that I wish I had known about a c section before I had mine and that people I had spoken to about them had been more honest. I don't want this post to scare or worry you, instead hope that it will make you more prepared and if you are reading this having had one to know that how you are feeling is ok and normal.

I had never even had a minor operation before so the closest I had come to an operating theatre was seeing one on the TV. Initially you have to go in on your own and it is cold and full of people, who depending on the situation can be rushing around. I was not prepared for how I would feel walking into that room. Knowing that I would be having a baby imminently was such a weird feeling. This coupled with the worry over our babies distress I was actually shaking from fear. I was terrified that the spinal block wouldn't work and that I would feel them cutting me open. It took ages for mine to take effect and they had to keep tipping the bed, which didn't help. (I didn't feel it by the way.) The theatre is definitely not a calm, dimly lit room in which to give birth in. However the staff really were fantastic at trying to help calm the situation down, particularly the midwives. I also would not have got through it without the support of my partner, he really was amazing.

2. You Have To Leave Your Dignity At The Door

It feels very weird sitting on the table with no pants on and your gown open at the back so they can do the spinal. Then when they lie you down they pull back your gown, possibly shave you and insert a catheter. Did I mention the amount of people in the room! All this is done without the screen up and I can remember feeling very exposed. I felt much better once the screen was up. After the operation is done they will place a pad between your legs and leave the catheter in both of which will be checked and changed in the hours after having the baby. At some point the catheter will have to be removed and when you first go to the toilet you will have to wee into a bowl so they can measure it. Also get prepared to talk about wind (see below) and poo or lack of it in my case. 10 days!

Everyone is different but take the pain relief you are offered and try and keep on top of it. I can remember a nurse who, when I was just 48 hours after having had major surgery and crying in pain, huffed and told me that most women cope fine on just paracetamol and ibuprofen. I don't know any other surgery where you would be expected to just cope with the pain after. Needless to say I still don't think very fondly of that particular nurse. There is stronger pain relief that you can take when breastfeeding so don't let them tell you that there isn't. Coughing, sneezing, laughing and moving will not be very pleasant for a while. I also suffered with some very painful trapped wind with referred pain in my ribs and shoulder which I had never had before. Holding a cushion over the wound when doing anything that hurts will help and remember to use it on the journey home in the car.

If you are offered help, take it. I had to learn to do this after my c section. Remember that it will get better. There will be a point where even having a shower seems like an achievement. Gradually you will find that walk to get a drink or something for the baby was easier and that you could stand up straighter. You will be able to wash your hair and roll over in bed to feed the baby without being in too much pain. It all takes time and if you try to rush it you will only make it take longer. If you find that you are still struggling with the pain and things aren't improving check that you don't have an infection. I was put on antibiotics about 3 weeks after having my baby for an internal infection. After about 4 days I started to feel a lot better and by then end of the week the improvement was huge. I wish I had said earlier how much I was still in pain, but partly thanks to the comment made by the nurse I felt that I should have been coping with it better and maybe I was just being a wimp. Everyone feels the pain differently, I will hold my hands up and say I didn't cope well and that's ok.

5. You Can Request Skin To Skin And Delayed Cord Clamping

I had skin to skin in the operating room, not immediately as she had been distressed so they had to very quickly check her, but she was put on me within a minute or so under my gown with a towel on top of her to keep her warm. After all the worry feeling her on me breathing was such an amazing moment and something I will never forget. She was crying as she was born and she stopped as soon as they put her on me. My partner got to cut the cord which was something that he had wanted to do and we got to see her as she was lifted out. I didn't get skin to skin for very long in the operating room as I had lost quite a bit of blood and stitching me up took a long time so she got cold, but as they knew it was important to me they made sure that I got more skin to skin in recovery where she also had her first feed. If you are not well enough to have skin to skin, Daddy can do it in your place.

Having a c section is not an easy option and it definitely does not make you any less of a Mum. It was such an emotional, amazing experience, bringing our baby girl into the world and I am forever grateful that she was delivered safely in this way and that I got to experience it with my partner. It is a moment that is always going to be remembered by both of us as being special, despite the circumstances.

What are your experiences of having a c-section? Share your comments below or tweet us @Talkmum. Now read: Eleanor's emergency c-section birth story and Your stomach after a c-section.