Pregnacare Tips: Changes to expect in your partner's body during pregnancy 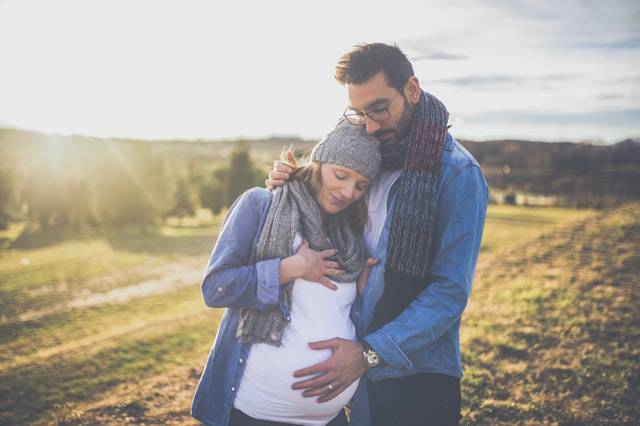 A number of changes occur in the female body during pregnancy and these can be broken down into three stages in pregnancy known as trimesters.

The first change during this time is the absence of periods due to a change in the maternal hormone production and the production of hormones by the foetal placenta. Other changes, which occur during this time, are general tiredness, food cravings, constipation, swelling of the breasts and darkening of the area around the nipples. Minor sharp pains can occur in the lower abdomen as the uterus starts to increase in size. The urge to urinate more frequently is also common and many mothers to be develop morning sickness, which can cause problems if they become dehydrated through excessive vomiting.

During times of severe nausea it is wise for your partner to drink small sips of non-carbonated fluids such as fruit drinks to keep her energy levels up and to help prevent dehydration. She will be unable to eat proper meals during these episodes so energy snacks such as cereal bars, toast and jam or other easily digested low fat foods will help her avoid low blood sugar levels which is thought to make morning sickness worse.

The abdomen starts to increase noticeably in size due to growth of the womb and the developing foetus within. Then the skin over the abdomen starts to stretch and can become dry during this period and early signs of stretch marks start to appear. Moisturising creams can reduce skin dryness and can be soothing at this time. Other changes, which commonly occur during this time, are further increase in breast size and tenderness in this area (time for your partner get new more comfortably sized bras), heartburn, haemorrhoids (high fibre diet and increased fluid intake can help reduce this), swelling of the ankles and feet (this can be reduced by regular foot elevation). Changes in the skin occur too during this period such as an increase in pigmentation and red glow to the face and increased thickness of head hair are also noticeable. Lower back pain can start during this period because of increased weight gain and natural softening of the spinal and pelvic ligaments (good posture and avoiding heavy lifting can help reduce these symptoms). It is around the 20th week that mothers will start to notice fluttering sensations in the abdomen caused by movements of the growing foetus.

The movements of the baby are much more noticeable during this period and the uterus increases further in size. The umbilicus starts to protrude, stretch marks increase, veins are more prominent on the stomach and mothers often start to feel early contractions in the last few weeks of this stage. Groin pains, back pain and tiredness can become more problematic during this period. Other common changes include the development of varicose veins on the legs, difficulty sleeping because of increased abdominal girth and breathlessness due to carriage of increased weight from the fully formed baby, the uterus, increased fat and fluid. Excessive tiredness can become a problem during this period so it is important for the expectant mother to take naps and rest frequently.

Please note that any health tips or advice provided on this site are not intended as, and should not be regarded as a substitute for medical advice from your doctor or health professional.