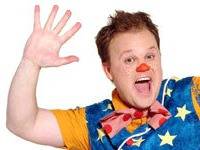 Mum of three Fran from The Parent Social on why it's important to go with the flow, as a mum...

You hear how things are so different second time around, but you don’t fully appreciate it until it happens.

As a first time mum, I never slept when the baby slept, but I know many friends who did and who subsequently found being deprived of this sleep time when their second child came along extremely difficult to deal with.

The main thing for me with baby number two (or number two and three as it turned out) was that I couldn’t do EVERYTHING exactly as I wanted to do it. I struggled a little when I was no longer able to do it all ‘perfectly’ with three. I generally had to lower my expectations about what was realistically achievable and be far more flexible. I then had to accept the fact that I had lowered standards to a degree. I had to get over it otherwise I’d have gone insane.

It turned out that the new babies didn’t dictate our schedule - as I’d imagined - it was my toddler. The babies often had to fit in.

First time around, if the baby hadn't had a nap or hadn't had a feed, you might postpone a planned meet up by half an hour, or if he/she was a little out of sorts you probably decided to cancel plans and have a moochy day at home. Well that sort of thinking goes right out of the window when you have another child; a child – if like mine – that wants to be doing something every waking moment and who doesn't really care whether their baby sibling has had their full quota of sleep or is likely to wake up at any moment, screaming the house down, starving hungry. I found that I had to adjust my mindset.

Twin babies require a lot of feeding; I also expressed a lot. That’s all very boring for a 2.5 year old (though strangely enough she did like helping out with the breast pump?!). I had never liked to use the TV as a babysitter, but I discovered that sometimes needs must. I was never going to be able to play a game of Old Macdonald Lotto whilst tandem feeding babies. I had to learn not to beat myself up about the fact that my eldest had to be entertained by Mr. Tumble for half an hour so that I could have quality feeding time with my newborns.

My toddler loved her TV time, but we’d always make sure we did something that was specifically for her as often as possible. We’d go out to Childrens’ Centres, parks, National Trust places etc and I’d arrange play dates. We’d head out even if the babies hadn’t had their feed or the sleep they needed. I could feed them when we got there or they could have a nap en route. I didn’t have this slightly cavalier attitude as a first time mum.

We all had to be adaptable and my babies had to fit in, wherever possible, with the routine we already had. I felt it would have been unfair for my eldest to have to cope with everything changing. Far from being detrimental, I think not pandering to my newborns’ every whim was actually very good for them and keeping things as similar as possible for their older sister meant that we kept the green-eyed monster at bay.

It is hard work, but it is fantastic seeing them all play together, interact and show such genuine love for each other (when they’re not bickering). I also found I was far more relaxed and confident second time around and stopped worrying about unnecessary things and details. In fact, that is my best piece of advice for when you have more than one: Don’t sweat the small stuff.

Have you read: Trusting your instincts as a new mum or Be brave?