Could A CPR Babygrow Potentially Help Save Your Child's Life?

A babygrow designed to help teach parents how to give emergency first aid to their baby has been launched by leading first aid charity , together with Tesco. Would you know what to do if your child stopped breathing? The new babygrow aims to teach baby CPR, after a St John Ambulance survey found that 74% of parents said that their baby not breathing is the first aid emergency they fear most, however only 1 in 4 parents would know what to do in this situation. Featuring a helpful reminder from Humpty Dumpty, the CPR babygrow outlines exactly what you need to do in an emergency - five puffs and 30 pumps, followed by two puffs and 30 pumps that parents need to give their baby should they stop breathing (after you have called for an ambulance). 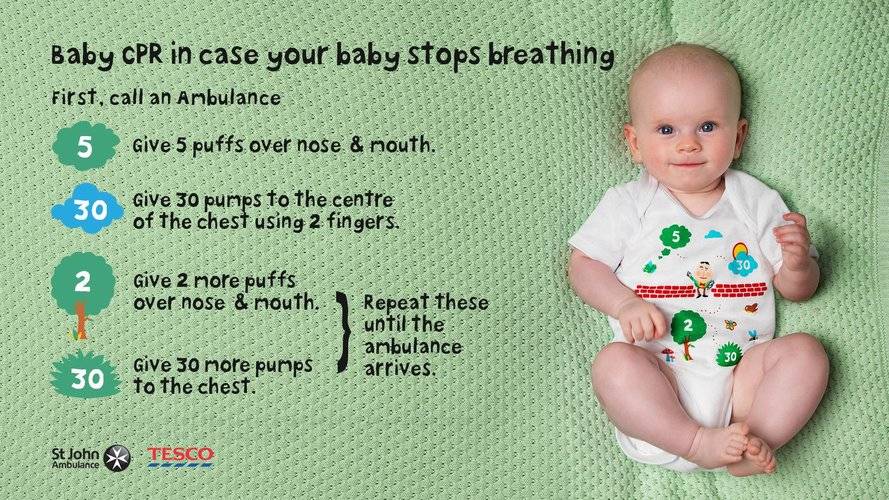 There are also clear instructions on the collar of the babygrow and on the tag to help parents remember what to do. So it means parents will have a reminder of what to do in such an emergency, each time it‚ is worn, washed and handled. You can get hold of the CPR babygrow at Tesco stores across the country. Make sure you also watch the video aimed at making baby CPR easy to remember for parents.

We think the CPR babygrow is such a vital campaign; it's a situation most people would dread to be in, but will hopefully help parents if they ever are. You can also book a baby first aid course here.