Common pregnancy difficulties & how to cope 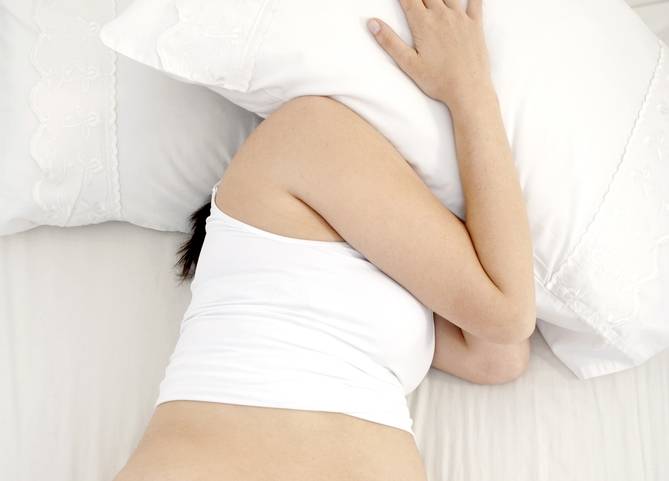 Whether you're planning to get pregnant or already a new mum, you probably will have discovered that pregnancy isn't necessarily a bed of roses all the time. TalkMum blogger Jax describes the pregnancy difficulties she experienced and gives us some advice about how to cope.

I've heard tell of people who bloom during pregnancy - and it's safe to say that I don't! I start by knowing I'm pregnant before the test when I get all the symptoms of a period without the period, but with added nausea. I only actually had the full scale sickness in my first pregnancy - I think because I kept trying to eat sensibly instead of giving in to what I craved. Every other time when I've given in and gone for carbs (with added carbs!) and the occasional bit of salad and fruit I've managed much better, tending to hold my weight steady in those first few months, instead of losing alarmingly.

And then, as the bump grows, the problems set in with my hips and back. I have had problems all my adult life with those areas and it wasn't til I saw an antenatal physio during pregnancy 3 years ago that she finally tracked down the root cause of it all; a leg length discrepancy which I suspect goes back to being born with a dislocated hip. One raise in my shoe later and a bit of manipulation and I felt better than I have in years - in fact, I actually managed to stay active and walking until just a couple of weeks before I gave birth.

This last pregnancy, I suffered amazingly with leg cramps and twitchiness, right up until a friend suggested it could be magnesium. I don't know whether it was or not, but I restarted vitamin supplements, looking for the one with the highest magnesium level and the twitches went away. You can bet I made sure that I didn't run out of vitamins again! It's so difficult to keep up a healthy balanced diet when pregnant as you can't know from day to day what your body is going to be needing more of, so I think a supplement designed for the time is a good way to go, particularly if your diet is restricted in any direction (personally, I'm vegetarian).

It's also important to keep active if you can, although I struggled this time around as I was getting increasing pain again in my left hip. The theory this time is that baby was lying on a nerve as nothing I could do in terms of exercise or stretching shifted it all all. The theory was lent weight when the pain stopped pretty much as soon as labour started, and never returned.

So, my advice for all you expectant mums?

- Listen To Your Body.

- Eat As Well As You Can - even though you're nauseous. The important thing is to just keep eating and drinking anything really.

- Take Pregnancy Supplements - this is particularly important in early days for folic acid, but important throughout so that your baby doesn't take something your body needs.

- Keep As Active As You Can - Swimming is an excellent exercise and really eases any problems you are having with your back (though you can find lifeguards looking at you nervously towards the end!)

...and just try to ignore anyone who talks about pregnancy blooming!